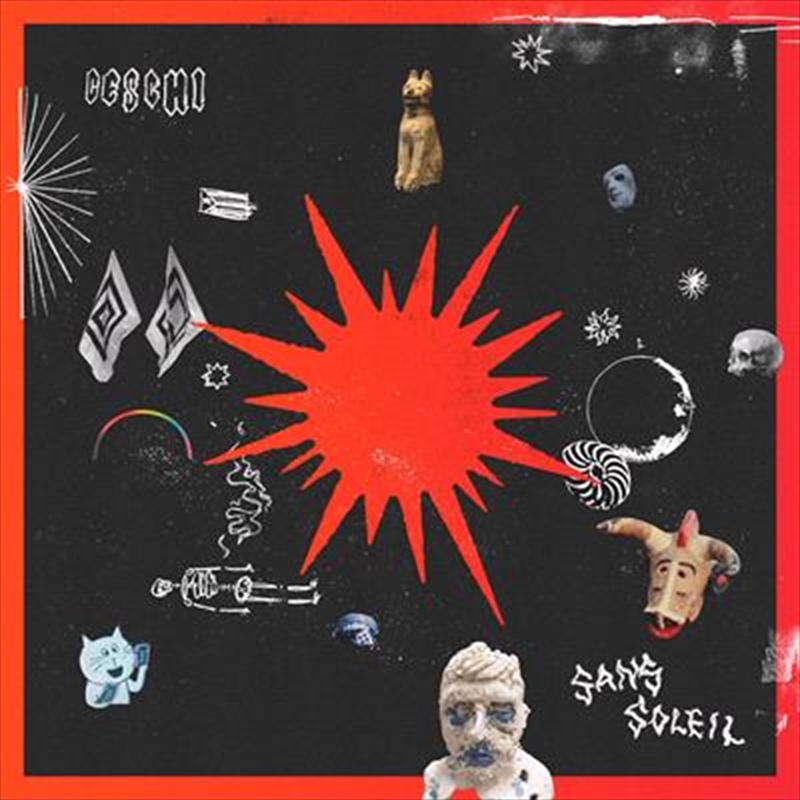 Sans Soleil is the second installment in Ceschi’s powerful and final three-album trilogy. His music lives in some liminal space between left field hip hop, folk punk and indie rock, and has earned him a cult following within the indie rap and diy punk communities. Sans Soleil is the immediate follow-up to Ceschi’s 2019 fan-favorite album Sad, Fat Luck, which has received praise and nods from Anthony Fantano of The Needle Drop, Hip Hop DX, Pop Matters, Northern Transmissions, VEVO, Talkhouse, and more. As Hip Hop DX puts Ceschi’s sound, “his emotions pour through every syllable.”

Sans Soleil is a politically savvy record with an endless palette of samples and top-tier collaborators including Yoni of WHY?, P.O.S., Open Mike Eagle, Onry Ozzborn, Squalloscope, and Ceschi’s longtime collaborator and producer Factor Chandelier. This sequel album is bound to solidify Ceschi’s standing as a force to be reckoned with in independent music.