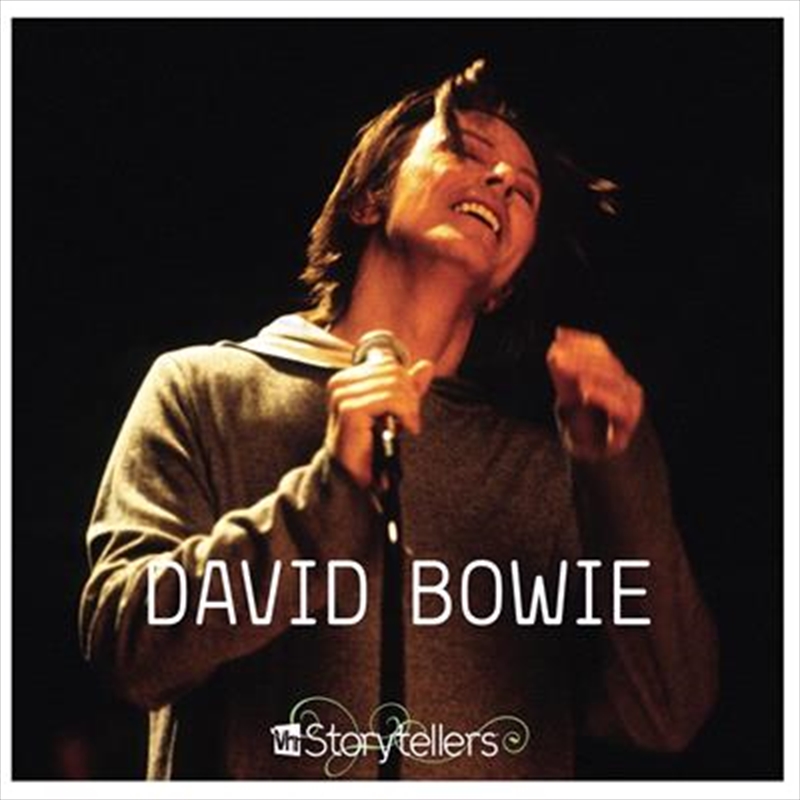 On the 23rd of August 1999, David Bowie played an intimate set for invited guests at The Manhattan Center’s Grand Ballroom in New York for the VH1 Storytellers series.

Ten years later in 2009 a CD/DVD/Download of the evening was released, and now 20 years on the most complete version available will be released as a strictly limited edition double vinyl LP. The VH1 Storytellers TV series debuted in 1996 and featured several of music’s biggest names performing in front of a live audience while telling stories about the inspirations and memories associated with each song.

Among the artists the show has hosted are Bruce Springsteen, Coldplay, Ed Sheeran, Taylor Swift, Foo Fighters, Pearl Jam, Bee Gees, Kanye West & Steely Dan.   The Bowie set has long been regarded as one of the most memorable episodes in VH1 Storytellers history,  with David delving deep in to his catalogue to perform tracks such as ‘Can’t Help Thinking About Me’ for the first time in 33 years, Aladdin Sane’s ‘Drive-In Saturday' which he had not performed since 1974 and ‘Word On A Wing’ which received its first outing in 23 years.

Bill Flanagan, Executive Producer of the VH1 Storytellers “We were used to dealing with legendary musicians. Still, landing David Bowie was more than a big booking. There's no way to say this without being corny: it was an honour. Bowie has a unique place in rock & roll. He is not only one of the most influential musicians of the era, he does nothing unless he is fully committed”.

B1. Can't Help Thinking About Me

C3. Survive**Bonus recordings not included on the original CD.

D1. I Can't Read**Bonus recordings not included on the original CD.

D2. Always Crashing In The Same Car**Bonus recordings not included on the original CD.

D3. If I'm Dreaming My Life**Bonus recordings not included on the original CD.