Friends Forever [25th Anniversary Ed]: The One About The Episodes 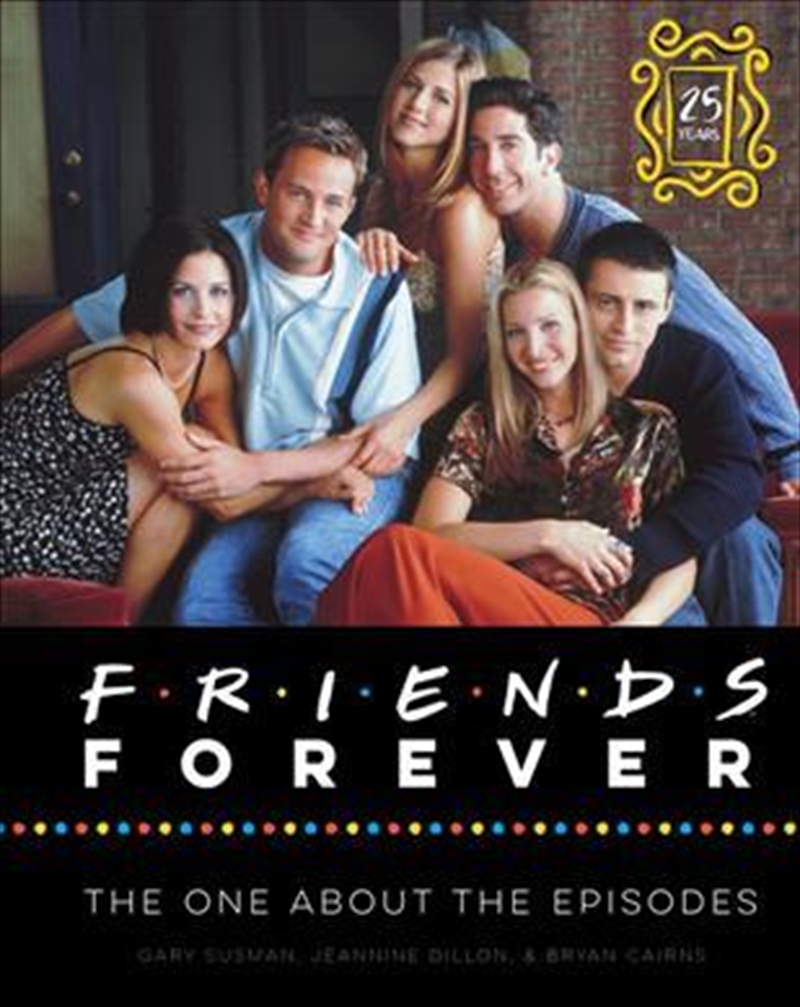 Friends Forever [25th Anniversary Ed]: The One About The Episodes

The beloved show Friends introduced the world to six young New Yorkers living together, falling in love, breaking up (cue Ross's "We were on a break!"), and getting into hilarious shenanigans, which became an instant classic formula that inspired dozens of "hangout sitcoms" long after the show's reign. But no sitcom has ever come close to the series that started it all, spawning iconic looks like "the Rachel" and timeless catchphrases like "How you doin'" while creating a cultural sensation that catapulted the cast members to instant mega-stardom.

Throughout the show's ten- season run, viewers watched Monica, Rachel, Phoebe, Ross, Chandler, and Joey navigate their twenties and thirties with unwavering friendship, determination, and, of course, plenty of sarcasm. Friends Forever takes fans back to the set where it all began with exclusive photos of the sitcom that won four Primetime Emmy Awards, including Outstanding Comedy Series, eleven People's Choice Awards, and a Golden Globe for Jennifer Aniston for Best Lead Actress in a Television Series.

This fully illustrated episode guide will treat readers to nostalgic flashbacks of the top one hundred episodes and sneak peeks of how popularly referenced lines from the show came to be. Friends Forever also boasts new interviews with show creators David Crane and Marta Kaufman on how the show got its start and set designer John Shaffner who reveals his inspirations behind the iconic looks behind Monica's and Rachel's apartment and Central Perk.

It's no wonder why the Friends cast was chosen by TV Guide readers as the Best Comedy cast of all time, while countless other publications such as Vanity Fair?named the show one of the best sitcoms of all time.

Title: Friends Forever [25th Anniversary Ed]: The One About The Episodes