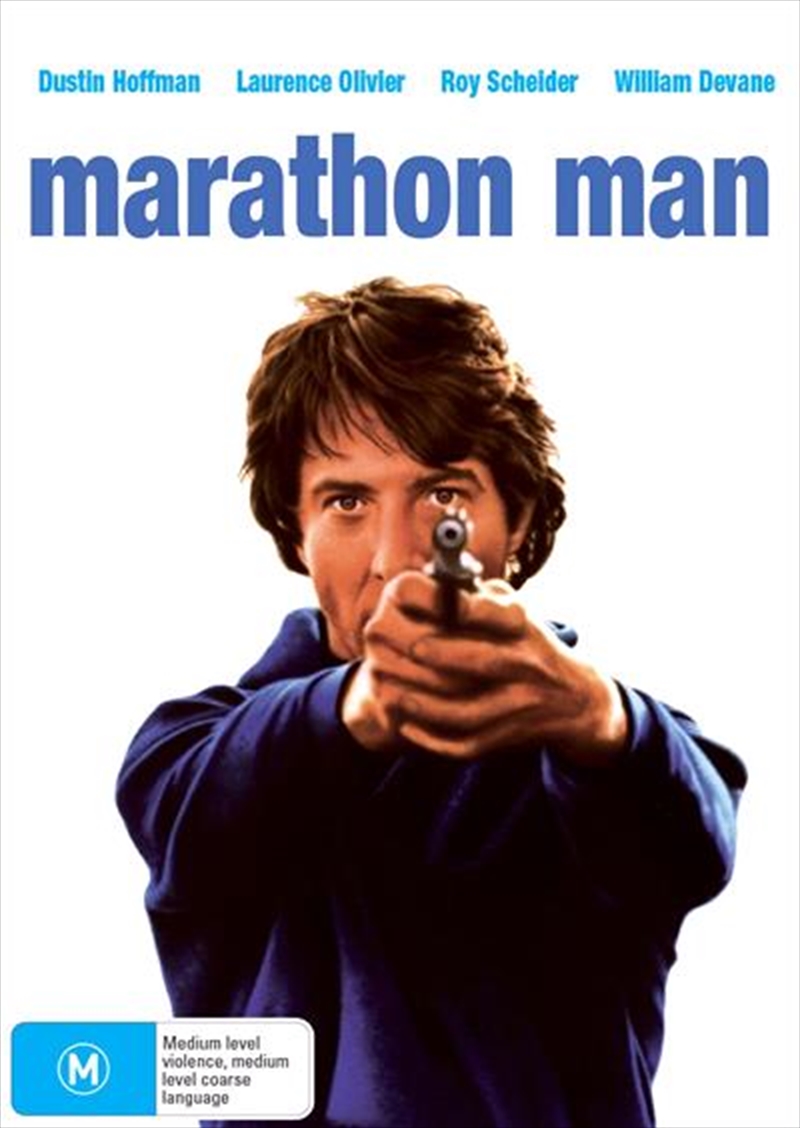 DESCRIPTION
A graduate history student is unwittingly caught in the middle of an international conspiracy involving stolen diamonds, an exiled Nazi war criminal, and a rogue government agent. From William Goldman's best-selling novel comes one of the most daring and affecting thrillers ever brought to the screen. Oscar winner Dustin Hoffman (Rainman) plays the likeable graduate student and marathon runner of the title, unwittingly trapped in a killing game of intrigue involving a Nazi fugitive, Christian Szell. Laurence Olivier received an Academy Award nomination for his cilling portrayal of the sadistic Szell, who turns dental instruments into tools of torture with dispassionate ease. Directed by John Schlesinger and featuring an all-star cast, Marathon Man moves with nail-biting suspense to its thrilling, fever-pitched conclusion. Co-starring Roy Scheider and William Devane.
DETAILS