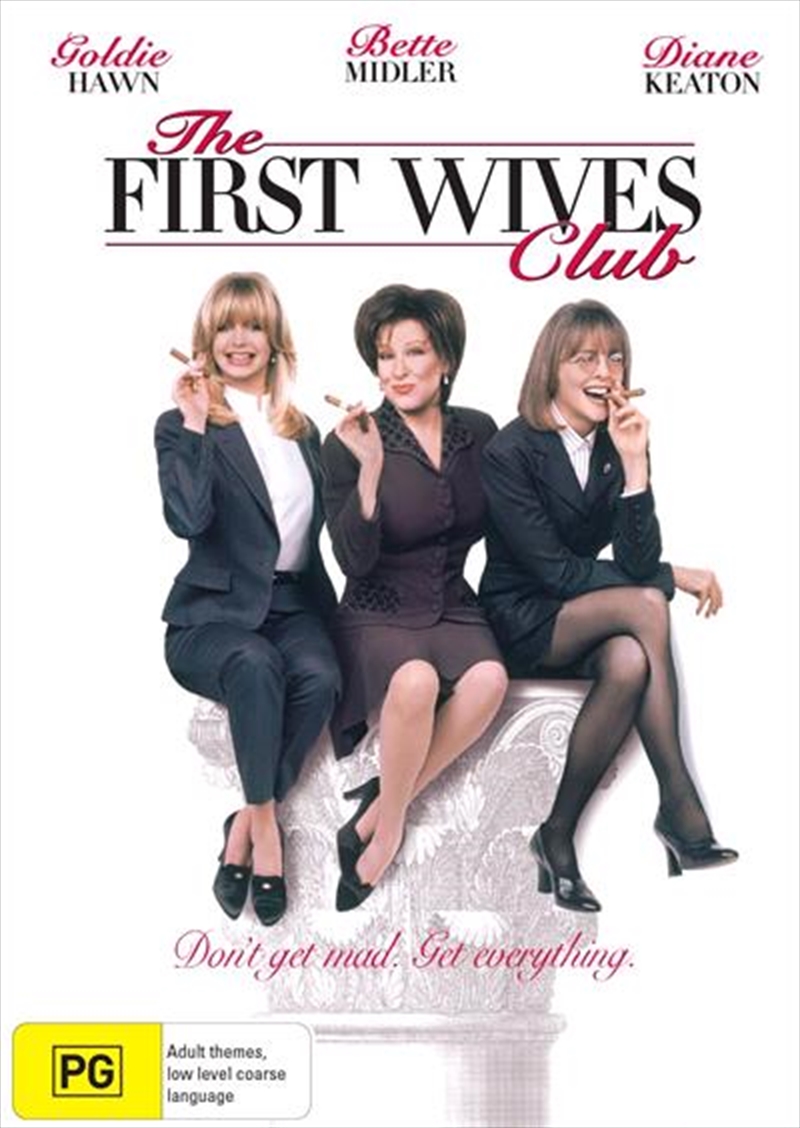 Don't get mad. Get everything.

Join the club - The First Wives Club, the good-time, battle-of-the-sexes satire sparked by snappy one-liners. Great physical-comedy gags and three unforgettable stars on top form. Bette Midler, Goldie Hawn and Diane Keaton portray mid-life Manhattanites who have more than a longtime friendship in common. After years of helping their hubbies climb the ladder of success, each has been dumped for a newer, curvier model. But the trio is determined to turn their pain into gain. They come up with a cleverly devious plan to hit their exes where it really hurts - in the wallet! Sit back and watch as the sparks fly as the wives get mad, get even and get it all. Justice has seldom been so sweet. Or so much fun.
DETAILS