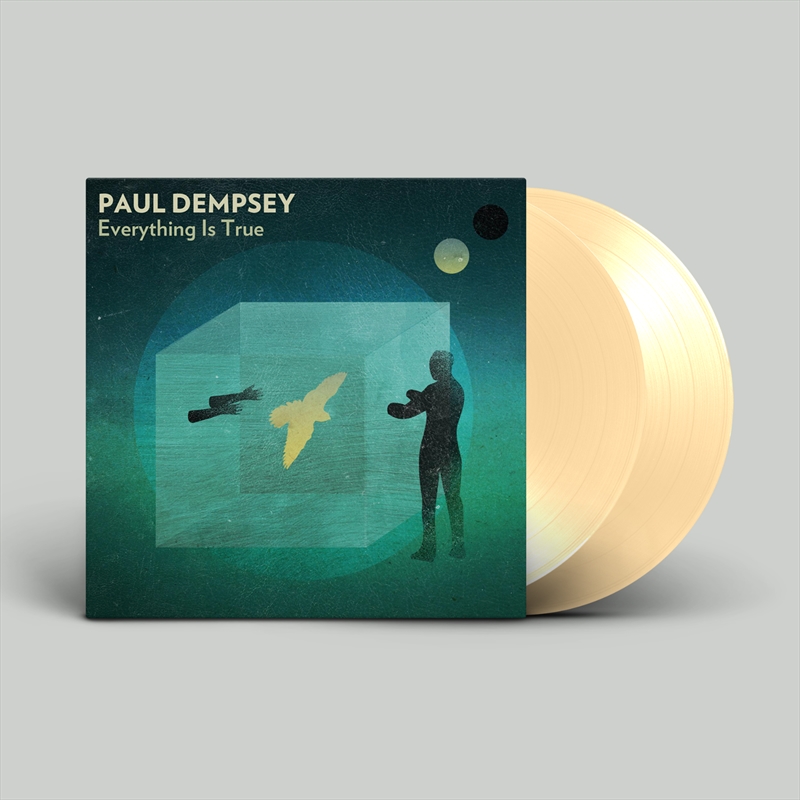 Paul Dempsey's 2009 Album 'Everything Is True' is re-released on coloured vinyl for its 10 Year Anniversary Edition!

On his debut solo album Paul Dempsey blazed a remarkable new trail. On 'Everything Is True,' the immense guitars and conclusive backbeat that Dempsey had orchestrated over Something For Kate's five acclaimed albums were put aside, succeeded by a striking new palette where a tender voice and expressive acoustic guitar supplemented airy rhythms, the expert punctuation of an electric guitar and gently immersive keyboards.

This is music where light filters through the gaps, uplifting and eminently melodic. Everything Is True was essentially recorded by just two people in a makeshift home studio: Dempsey and co-producer, engineer and "Devil's advocate" Wayne Connolly (Youth Group, Josh Pyke, You Am I) took over a pair of small bungalows at MacMaster's Beach, an hour north of Sydney on NSW's Central Coast, for a month at the start of 2009.

Connolly, his partner and their young son lived in one bungalow, while the other bungalow had a living room full of recording equipment and a second room to make the noise in. At night Dempsey slept amidst the clutter of instruments that nourished each day's work. The album was then mixed in Los Angeles by Doug Boehm (Elliott Smith, French Kicks).

4. Ramona Was A Waitress

5. Take Us To Your Leader

6. Bird In A Basement

8. Have You Fallen Out Of Love?