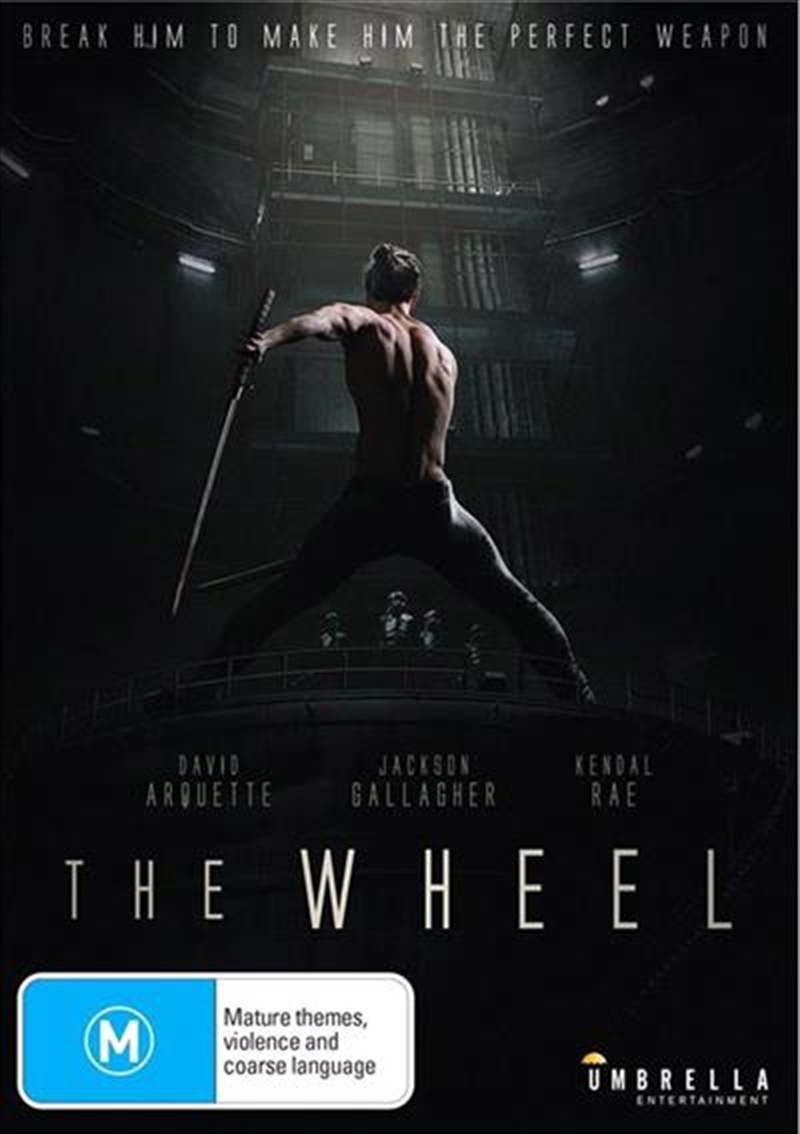 Check store availability
DESCRIPTION
Break him. Till he breaks free.

Sometime in the near future, in a world where governments and organisations blur the line between national security and ethical behaviour, paraplegic prison inmate Matt Mills (Jackson Gallagher, Playing For Keeps) meets The Board. Under pressure and with a promise to make him walk again, Mills agrees to volunteer for theirprogram. He is injected with a synthetic nanomaterial(N-B2C4B) and suffocated, only to wake up alone in a steel cell, with restored use of his legs - in the first spoke of an experimental apparatus - The Wheel...Mills is now Subject 2-1, a human lab-rat and part of the Future Soldier Initiative, a clandestine operation redesigning the human species on behalf of the military. Deep below the Earth's surface, Mills' existence is controlled by two neuroscientists, Dr Emmett Snyder (David Arquette, Scream) and Dr Allison Turner (Kendal Rae, Out of the Shadows). A series of assailants inflict a multitude of damage to Mills' body and torment his mind, yet, even as the synthetic N-B2C4B restores his damaged organs and re-engineers his strength, is it enough to beat his controllers at their own game?
TRAILER
DETAILS