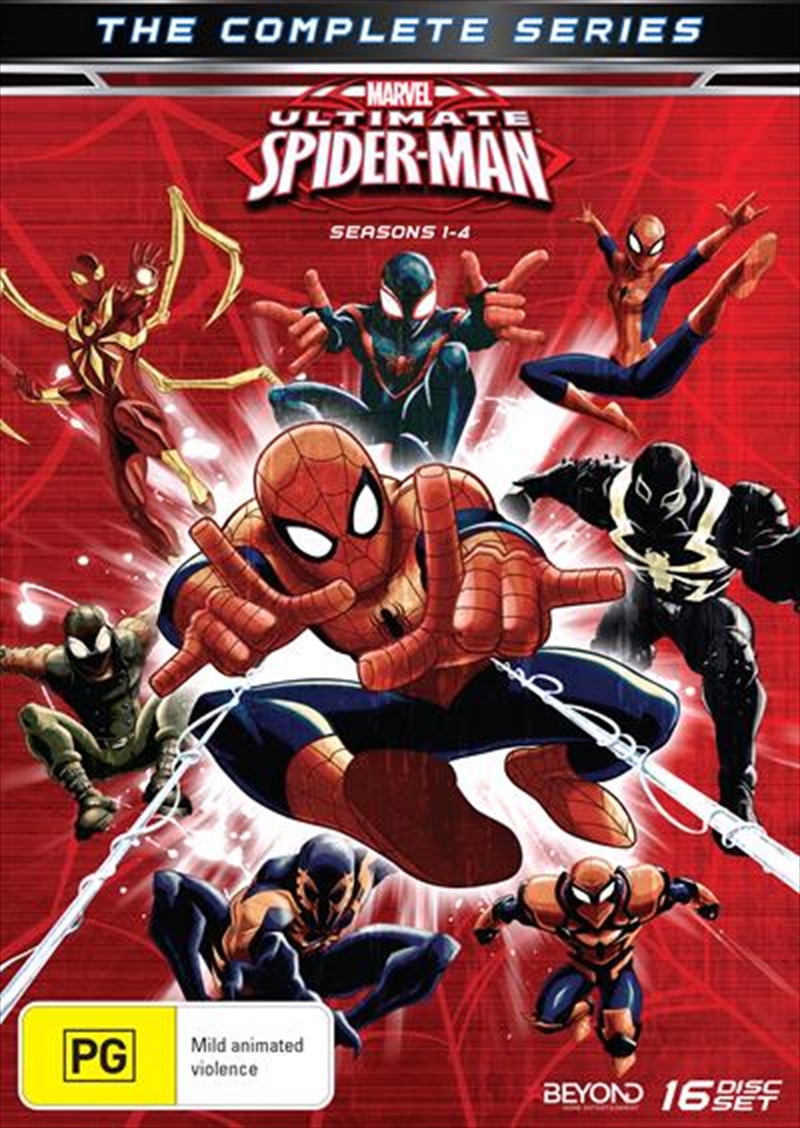 DESCRIPTION
When teenager Peter Parker was bitten by a radioactive spider, he soon learned a fateful lesson about great power and great responsibility, and became the hero, SPIDER-MAN. Now recruited by Nick Fury's superspy agency, S.H.I.E.L.D., and outfitted with sleek new tech and gadgets, Peter has to find his place in this new world of Super Hero team dynamics while juggling his civilian life of high school drama. In other words, Peter Parker must become the ULTIMATE SPIDER-MAN.With the help of S.H.I.E.L.D., Spider-Man faces iconic Marvel villains like The Lizard, Kraven, Electro, the Rhino and Doctor Octopus and learns what it is to become the leader of some powerful allies the Web-Warriors and a team of Spiders put together by Spider-Man himself including Agent Venom, Iron Spider, Kid Arachnid, and Scarlet Spider! With these friends beside him, Spider-Man will need all his power and all his knowledge to stop the Sinister Six and Hydra.
DETAILS