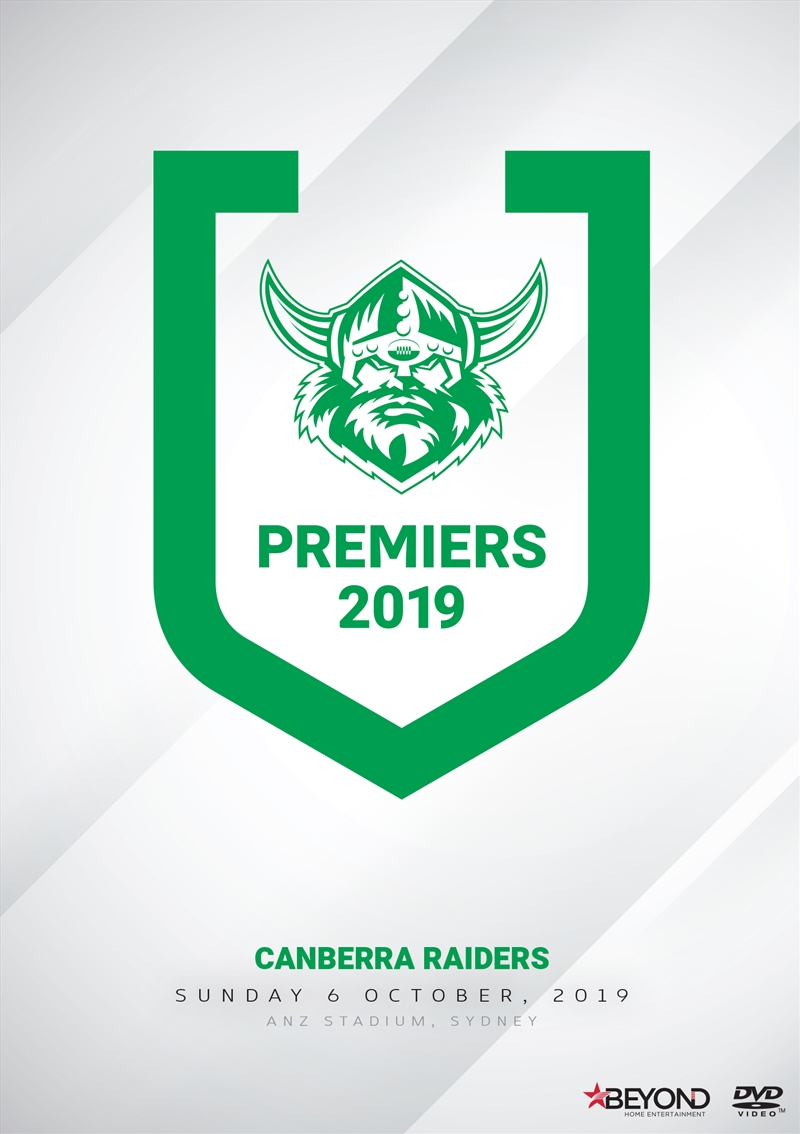 What a difference 12 months makes… Following two successive 10 th -place finishes, the Canberra Raiders have finished the 2019 Telstra NRL Season lifting the Provan-Summons Trophy once again; delivering a fourth Premiership – and the first in 25 years – to the Canberra club to the delight of the Green Machine faithful!

Under the watchful eye of experienced coach Ricky Stuart, the Raiders have amassed a squad bristling with talent throughout. An uncompromising forward pack that includes Josh Papalii, Joseph Tapine, and English new recruit John Bateman alongside wily hooker Josh Hodgson provide the platform upon which a fearsome backline of Jack Wighton, Nick Cotric, Charnze Nicoll-Klokstad and Jordan Rapana are capable of dazzling any defence.

Fourth spot on the ladder secured the Canberra Raiders a Qualifying Final against Melbourne Storm during which the Raiders upset the odds to defeat the minor premiers on their home turf.

Having enjoyed the week off, a refreshed Raiders faced the Rabbitohs in the Preliminary Final at GIO Stadium and once again the Green Machine proved too powerful for the South Sydney club as Canberra booked their Grand Final berth with a famous victory.

On a historic evening at ANZ Stadium, the Raiders rose to the occasion, outplaying their much- vaunted opponents to secure a victory against reigning Premiers Sydney Roosters and lift the Provan-Summons Trophy, sparking celebrations across their ACT heartlands.

Sit back and enjoy the historic 2019 NRL Telstra Premiership Grand Final with this exclusive Premiers DVD, featuring the full match replay along with the presentation ceremony and team celebrations.