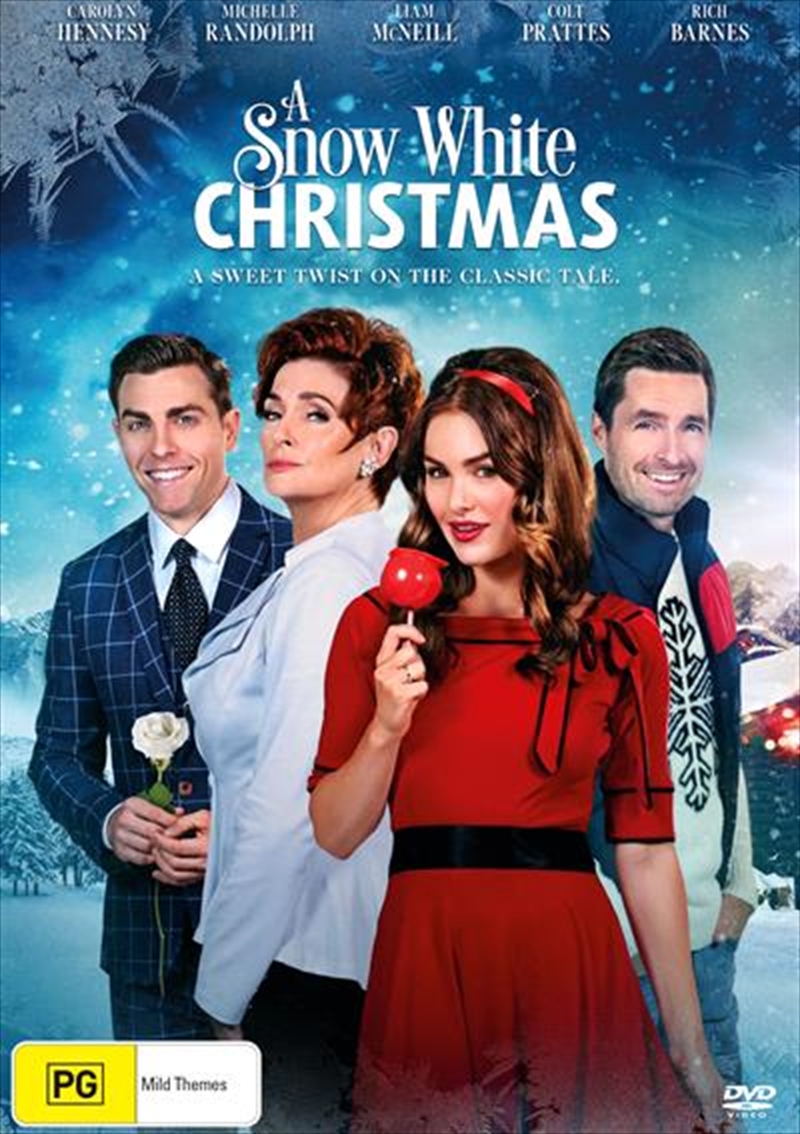 Shipping - See delivery options.
Postcode:
Quantity:
SEE MORE IN:
Christmas Movies Snow White Shocking Clearance Movies & TV Clearance $5 Movies & TV Shows
When Blanca Snow (Michelle Randolph) is faced with spending Christmas with her stepmother, Victoria (Carolyn Hennesy), she attempts to fulfill her late fathers wishes to create new memories as a family. However, Victoria plots to edge Blanca out of her fathers inheritance and keep the money for herself. She plans to renovate the house by hiring designer, Lucas Prince (Colt Prattes), but when he falls in love with Blanca, Victoria is outraged. With the help of her assistant, Victoria hypnotizes Blanca so she will forget everyone and everything about her fathers will. When Blanca wakes up in a lodge out of town with amnesia, she receives the help of seven quirky friends to help her figure things out. While attempting to regain her memory, she finds herself the object of affection to both, Hunter, a local townsman, and Lucas Prince. But who will give her true loves kiss to break the amnesia spell and stop Victoria from stealing everything her father built?