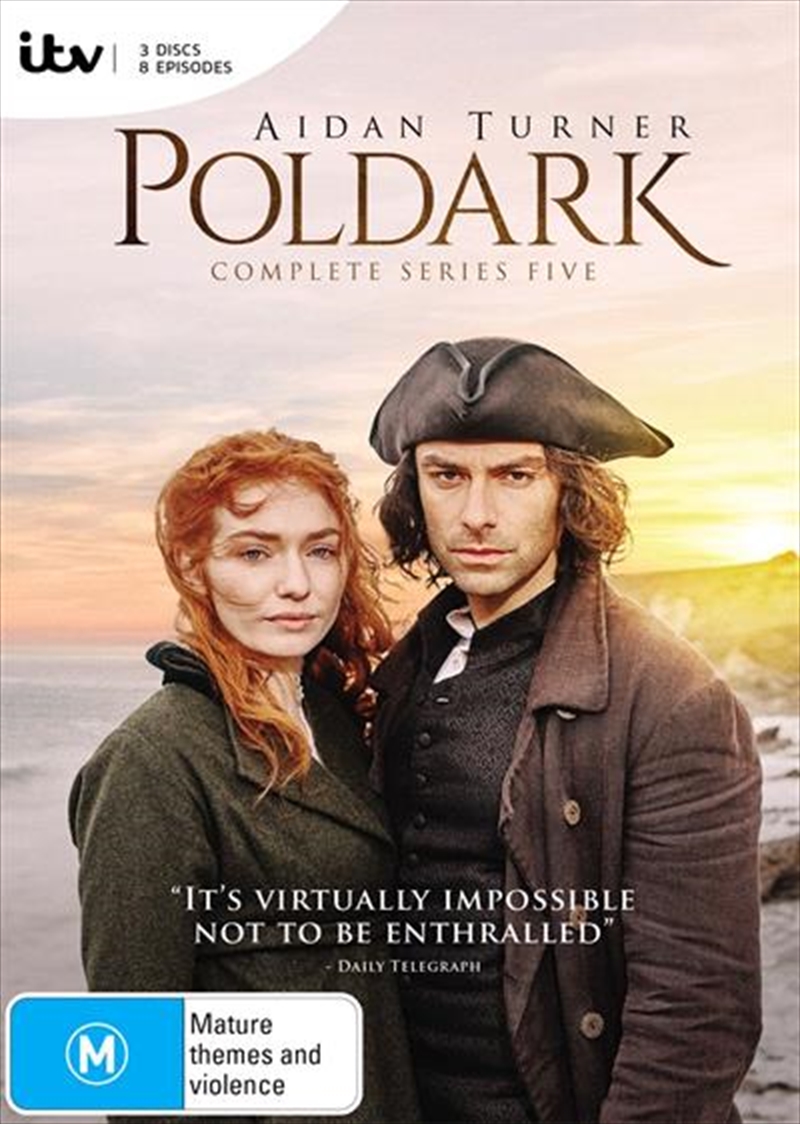 The world welcomes a new century and with it the promise of a hopeful future, but the past 1casts a long shadow over Cornwall. Following the death of Elizabeth (Heida Reed), Ross Poldark (Aidan Turner) resolves to put Westminster behind him and spend more time with the people he loves. However, when an old friend emerges with a plea for help, Ross is compelled to challenge the establishment again, drawing the Poldarks into greater danger than ever before. As the Enyses (Luke Norris and Gabriella Wilde) join the cause, Demelza (Eleanor Tomlinson) must contend with dangers closer to home and George (Jack Farthing) courts corrupt powers whose influence spans the Empire.