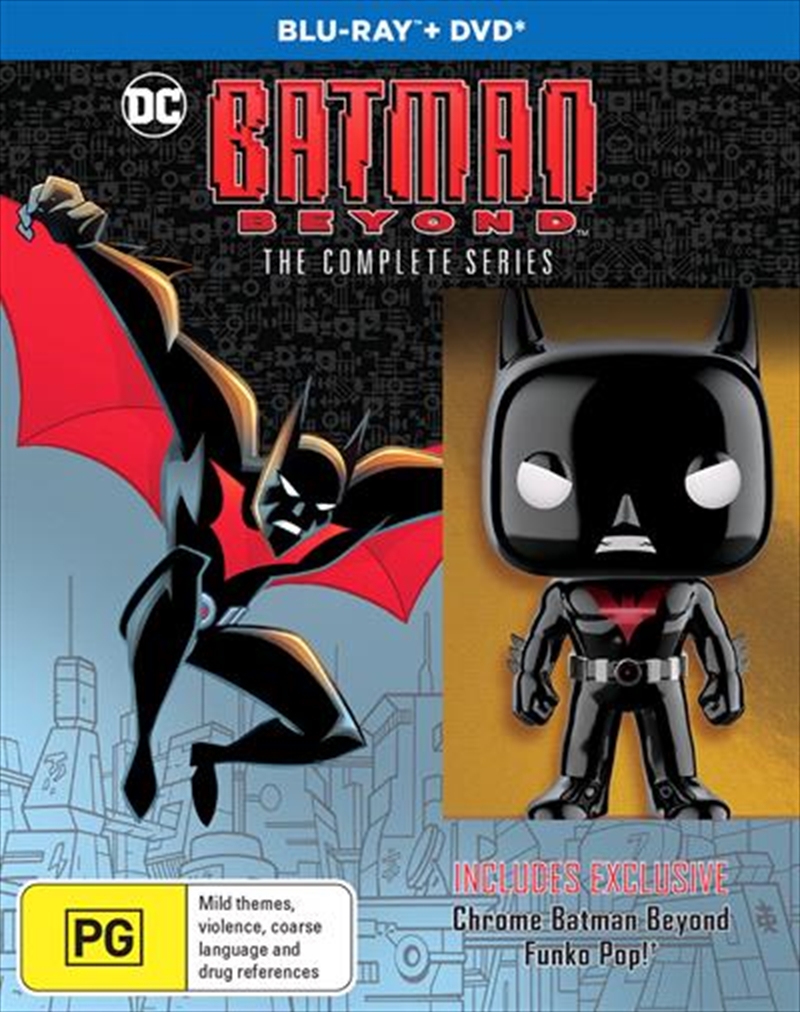 A New Hero For A New Era

Rage and revenge for his fathers murder motivate Terry McGinnis to steal Bruce Waynes high-tech Batsuit. And then a greater purpose and sense of justice keep him wearing it. Across three seasons and 52 episodes of this highly acclaimed Emmy-award winning series, he patrols the streets and skies of Gotham City with Bruce as his guide. Get in on the exciting and explosive partnership between an ex-crime-fighter and his apprentice in the animated series that catapulted the Batman legend to new justice-seeking heights, now in beautiful High Definition!
DETAILS