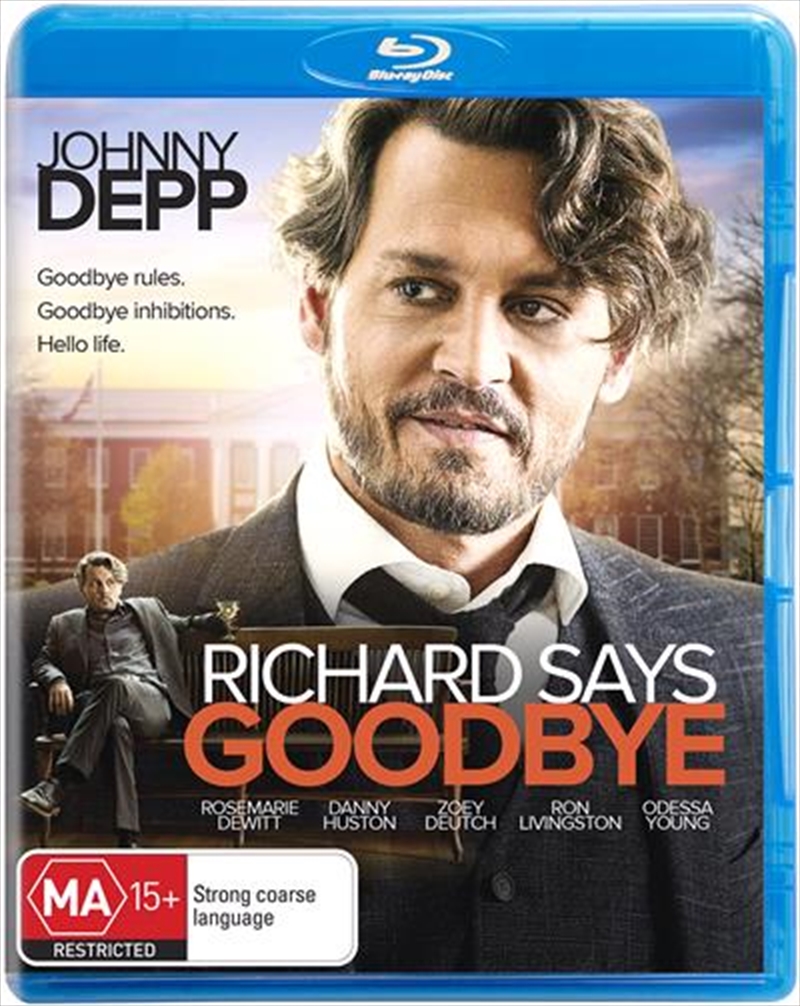 Save your best lesson for last.

Audience favourite and three-time Oscar nominee Johnny Depp delivers a wickedly funny performance in Richard Says Goodbye, as a world-weary professor who receives a life-changing diagnosis and decides to make his final chapter the best one ever. With a biting sense of humour, a reckless streak and a touch of madness, he binges through every vice, rebels against authority and hurls insults at anyone who annoys him - giving him more pleasure than hes had in years. This not-to-be-missed movie co-starring Danny Huston (Wonder Woman), Rosemarie DeWitt (La La Land) and Ron Livingston (The Conjuring) is the humorous and heart-felt story of how one man learns to live life to the fullest, at the very moment hes faced with the end of his journey.