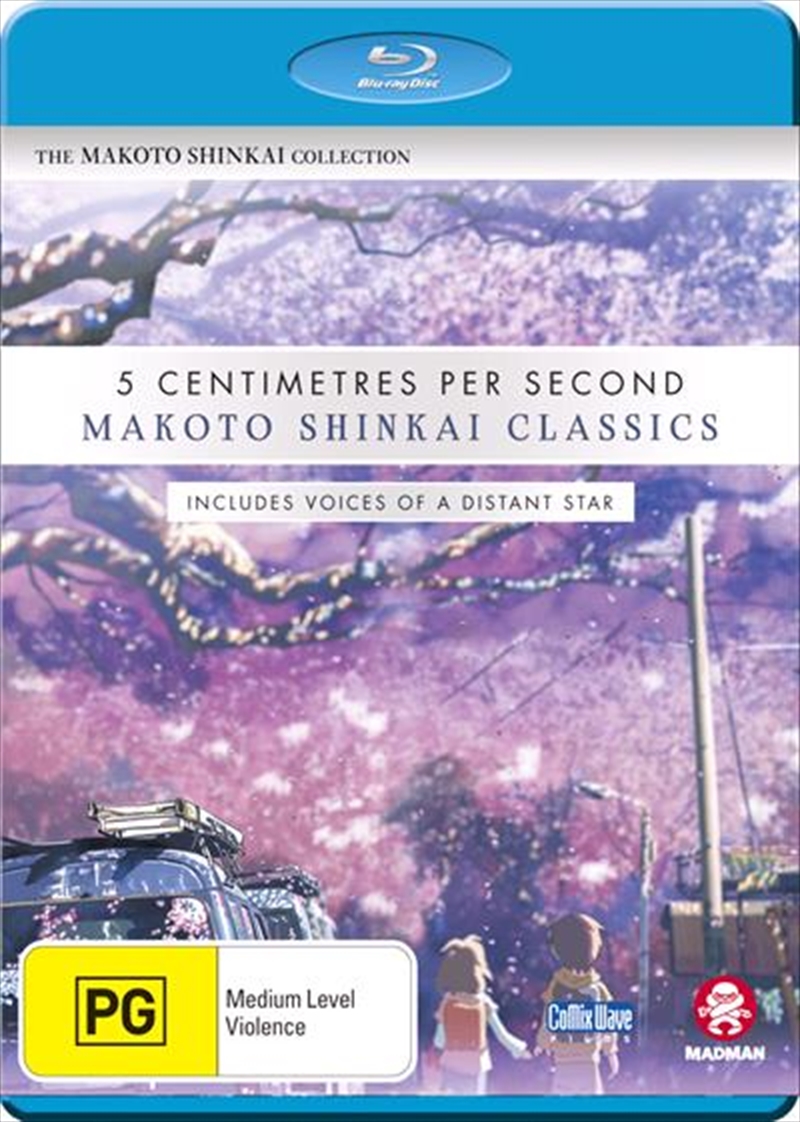 From Makoto Shinkai, the man hailed as Japan's new Miyazaki, come two unusual and evocative tales of love and relationships. In Voices of a Distant Star, when a mysterious alien force begins to attack Earth, young Mikako feels compelled to join the resistance. But when she does so, she leaves behind the young man that she loves. As she flies further into deep space, the time between her messages to him becomes days, then months and finally years. While she ages a few days, he grows years older. Can love transcend time and space? The Place Promised in Our Early Days follows the lives of three young people as they grow from middle school into adulthood. A mysterious tower provides a powerful magnet for their ambitions and dreams, but when Sayuri suddenly disappears, Hiroko and Takyua find themselves on divergent paths. It will take time and the threat of war to draw the friends back together again. But will it be too late? Or will love provide the key to conquer all? Please note, Voices of a Distant Star is presented on this release in standard definition as no HD masters are currently available.
DETAILS