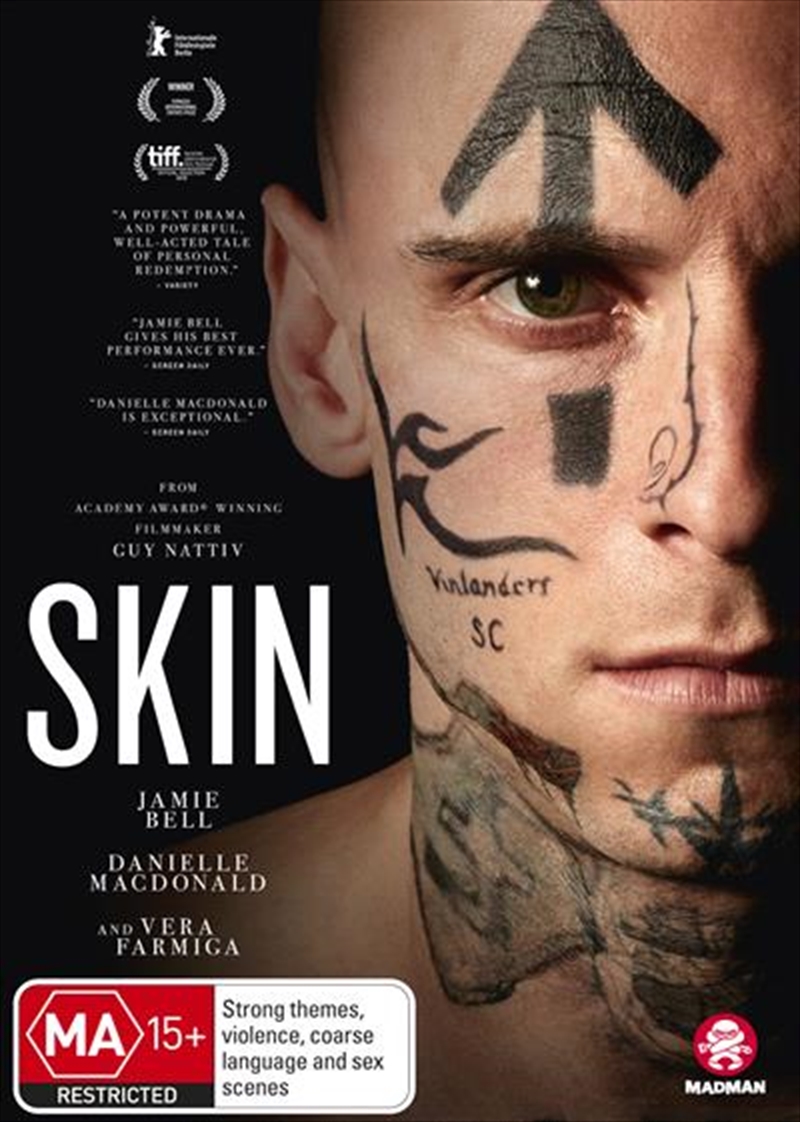 Shipping - See delivery options.
Postcode:
Quantity:
SEE MORE IN:
4 for $50 DVD, Blu-ray & More
Bryon Widner (JAMIE BELL) was one of the FBI's most sought after white supremacists. Covered in racist tattoos from head to toe that he earned performing hate crimes, he conducts a destructive life and is headed down the path of no return. When he meets Julie (DANIELLE MACDONALD) and her three young daughters from previous relationships, the responsibilities of fatherhood give him the desire to leave the movement behind. He endures death threats and harassment from his old gang while attempting to turn his life around. With the help of the FBI and SPLC, he undergoes 25 brutal tattoo removal surgeries in exchange for decoding the tattoos covering his body, which culminates in the arrest and conviction of his former gang.