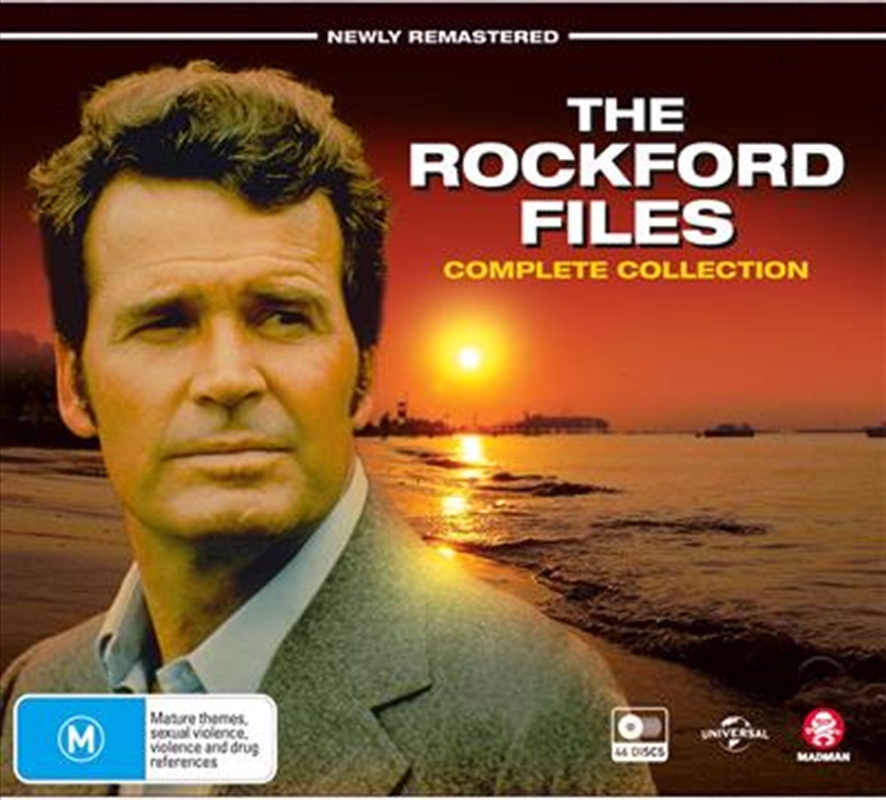 DESCRIPTION
Back on the case, James Garner stars in the iconic 70s detective series

Ex-con-turned-private-investigator Jim Rockford would rather fish than fight but his instinct on closed police cases is more golden than his classic Pontiac Firebird. From his mobile trailer-home in Malibu (complete with phone-answer machine), this wisecracking private eye takes on cases of the lost and dispossessed, chasing down seemingly long-dead clues in the sun-baked streets and seamy alleys of L.A. - for $200 a day...plus expenses. With an aversion to violence and a constant thorn in the side of the police, Rockford relies on his brain not brawn to solve a case, and frequently his charm. Collect all seasons in this complete box set which as a bonus also includes COLLECTIONS 1 & 2 of the MYSTERY MOVIES COLLECTIONS, a value-packed introduction to the greatest detectives of the small screen.
DETAILS