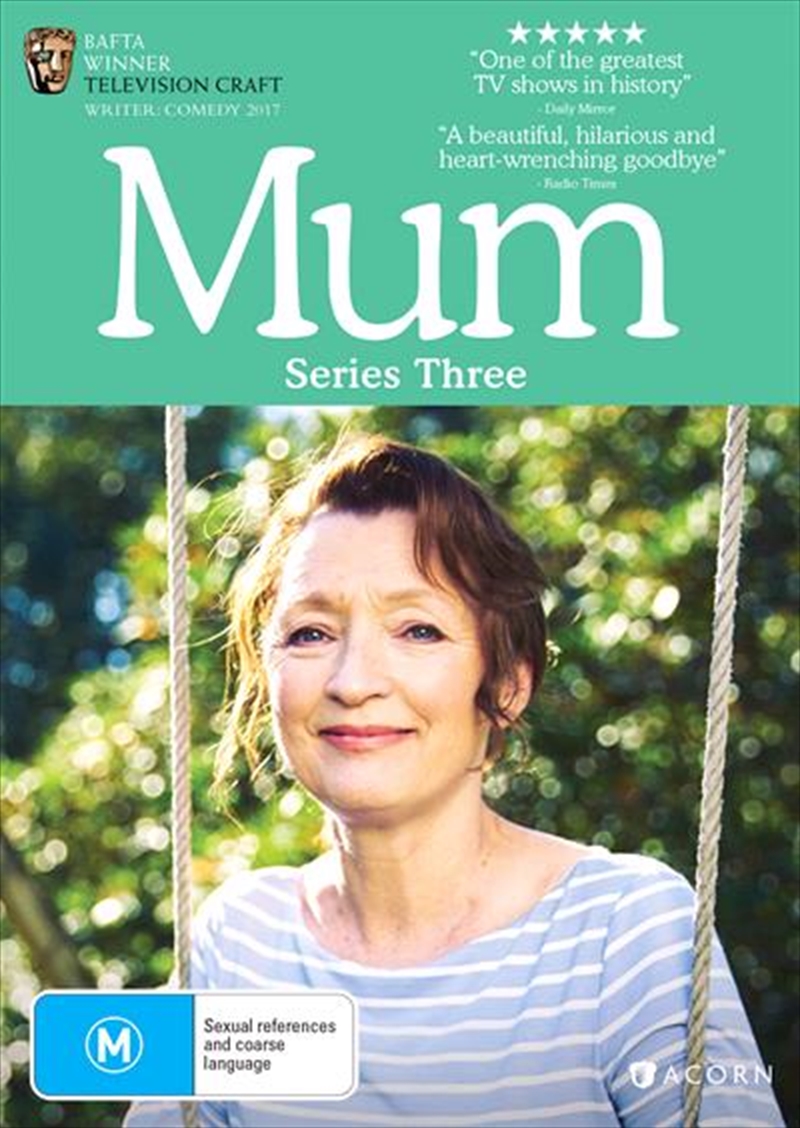 Shipping - See delivery options.
Postcode:
Quantity:
SEE MORE IN:
3 for $40 TV
DESCRIPTION
Our favourite characters return for a bold new adventure set over one single week in the latest season of this critically acclaimed comedy starring Academy Award nominee Lesley Manville. Paulines divorce money has come through and shes hired a country mansion for the week to celebrate Dereks birthday. So, Cathy, Michael, Kelly, Jason, Pauline, Derek, Reg and Maureen up sticks and decamp to the English countryside. Each episode takes place on a different day of their trip, revealing all the clashes, awkwardness and comedy that results from the family being stuck together in the middle of nowhere. Is this the week for Cathy and Michael to finally get together or will the suspicions of Cathys family halt their progress? Meanwhile, Derek has an important question on his mind, Reg soldiers on despite Maureens deteriorating health, and Jason and Kelly try, badly, to hide some life-changing news. 6 Episodes X 30 mins
DETAILS