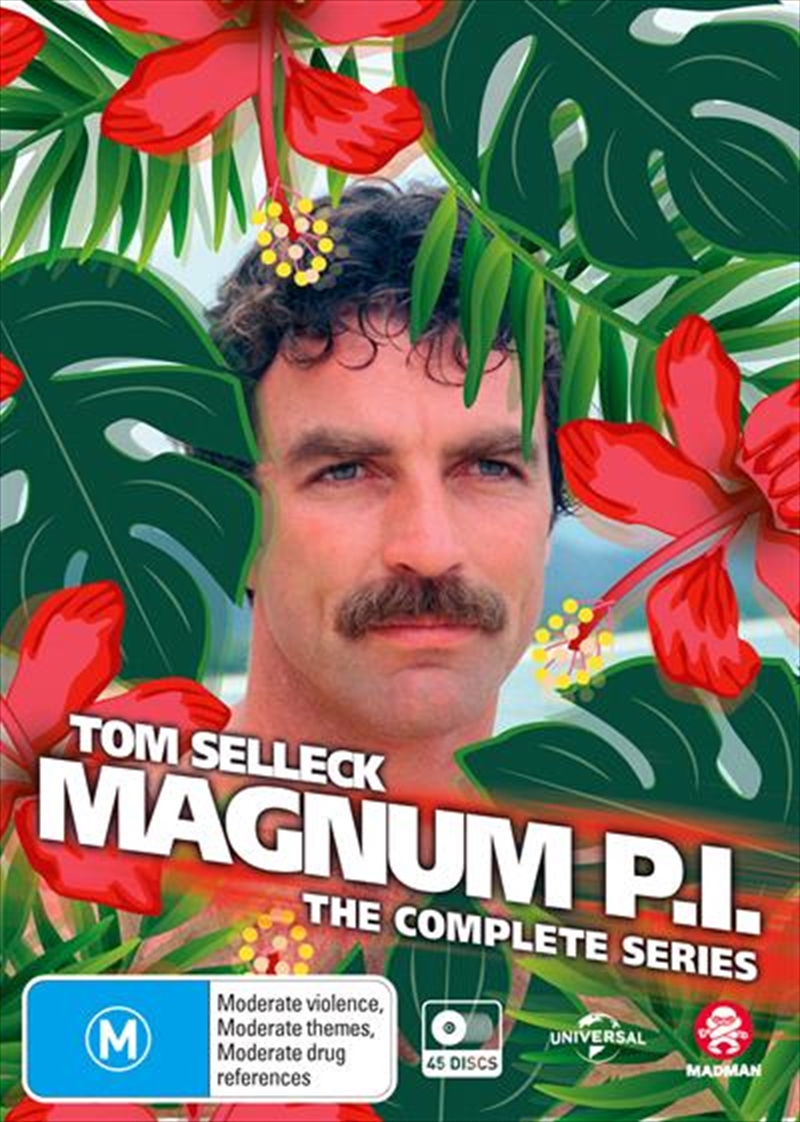 Buckle up and take a ride with Magnum, P.I. (Primetime Emmy Award winner Tom Selleck) as all eight seasons of the iconic series are collected together for the first time in this incredible 162-episode, 42-disc collection. Explore beautiful and exotic Hawaii with televisions most beloved and charismatic private investigator as he tackles baffling mysteries and tracks down the bad guys with the help of T.C. (Roger E. Mosley), Rick (Larry Manetti) and Higgins (John Hillerman) and his four-legged pals, Apollo and Zeus. Packed with non-stop adventure and featuring iconic guest stars, Magnum P.I. is the unforgettable thrill-ride that was nominated for an impressive 30 awards during its run. Own the legacy today!
DETAILS