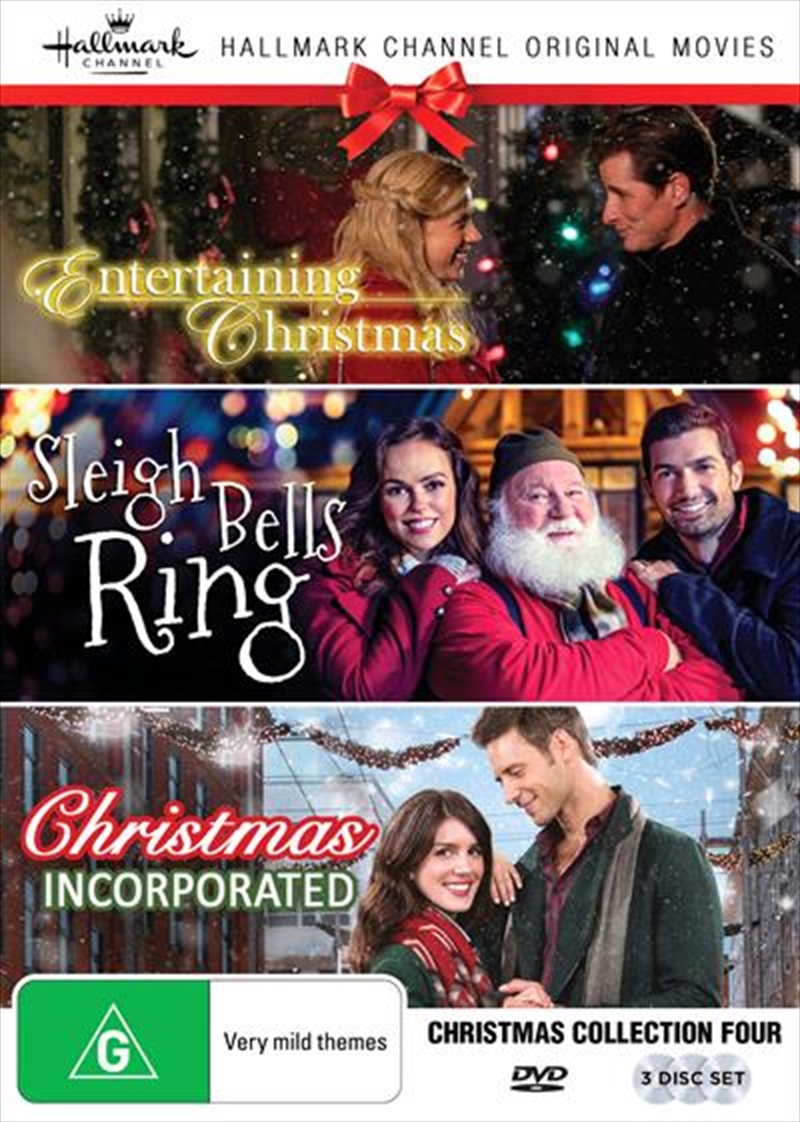 Entertaining Christmas: Liz Livingston, face and owner of a popular lifestyle magazine, has built her legacy on perfection. A tough act to follow, as her daughter Candace learns when she is roped into organizing a major Christmas dinner party in Vermont. Starring: Jodie Sweetin (FULL HOUSE, FULLER OUSE)

Sleigh Bells Ring: Laurel is instructed to organise a Christmas Parade in Mission City. With just two weeks until Christmas, Laurel already has her hands full - still, she attacks the project with her usual enthusiasm. When she spots an old broken-down sleigh near a small cabin, she asks the owner, a rather stout older gentleman with a white beard named Mr. Winters, if she can borrow it for the parade. He agrees, but extracts from her a promise to restore the sleigh to its former beauty, with love. Starring: David Alpay (THE TUDORS, THE VAMPIRE DIARIES)

Christmas Incorporated: Man inherited a company that has a toy factory in a small town. The town needs the factory to stay open. He goes to decide to keep or close the factory. Finds the meaning of Christmas along the way. Starring: Shenae Grimes-Beech (Scream 4)