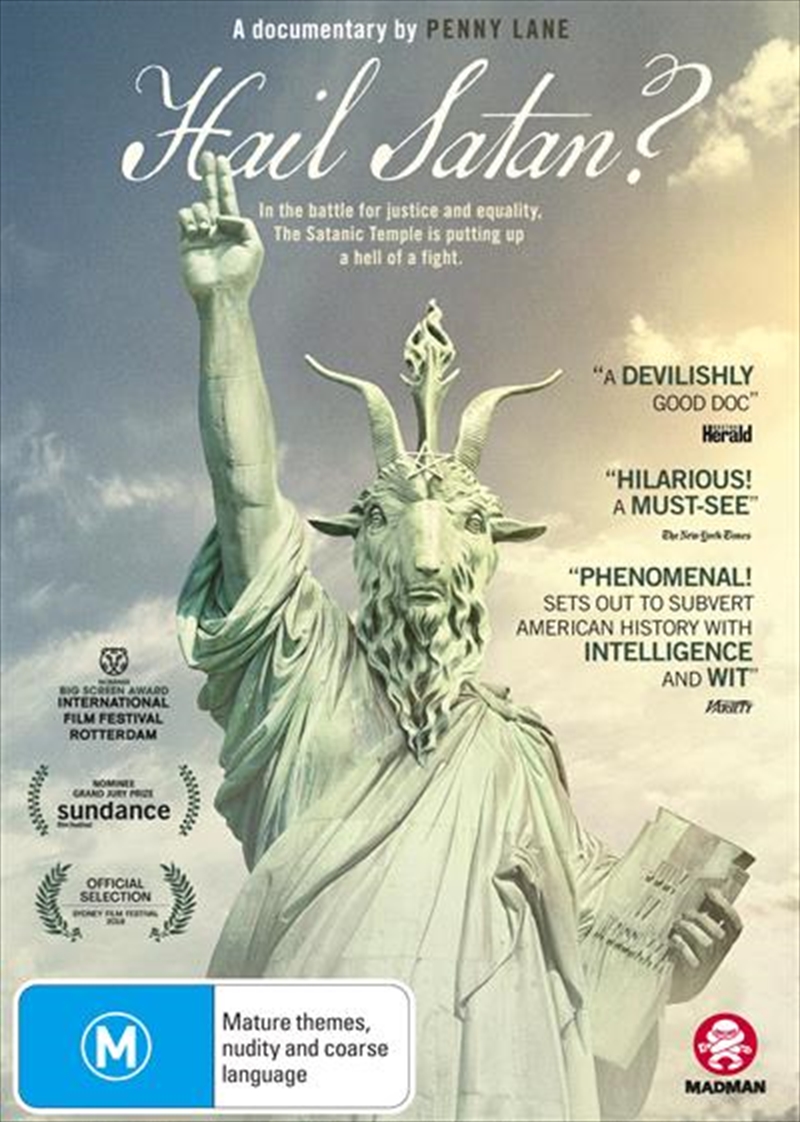 DESCRIPTION
The battle for justice and equality...

Chronicling the extraordinary rise of one of the most colorful and controversial religious movements in American history, HAIL SATAN? is an inspiring and entertaining new feature documentary from acclaimed director Penny Lane (Nuts!, Our Nixon). When media-savvy members of the Satanic Temple organise a series of public actions designed to advocate for religious freedom and challenge corrupt authority, they prove that you can speak the truth in some truly profound ways. As charming and funny as it is thought-provoking, HAIL SATAN? offers a timely look at a group of often misunderstood outsiders whose unwavering commitment to social and political justice has empowered thousands of people around the world.
TRAILER
DETAILS