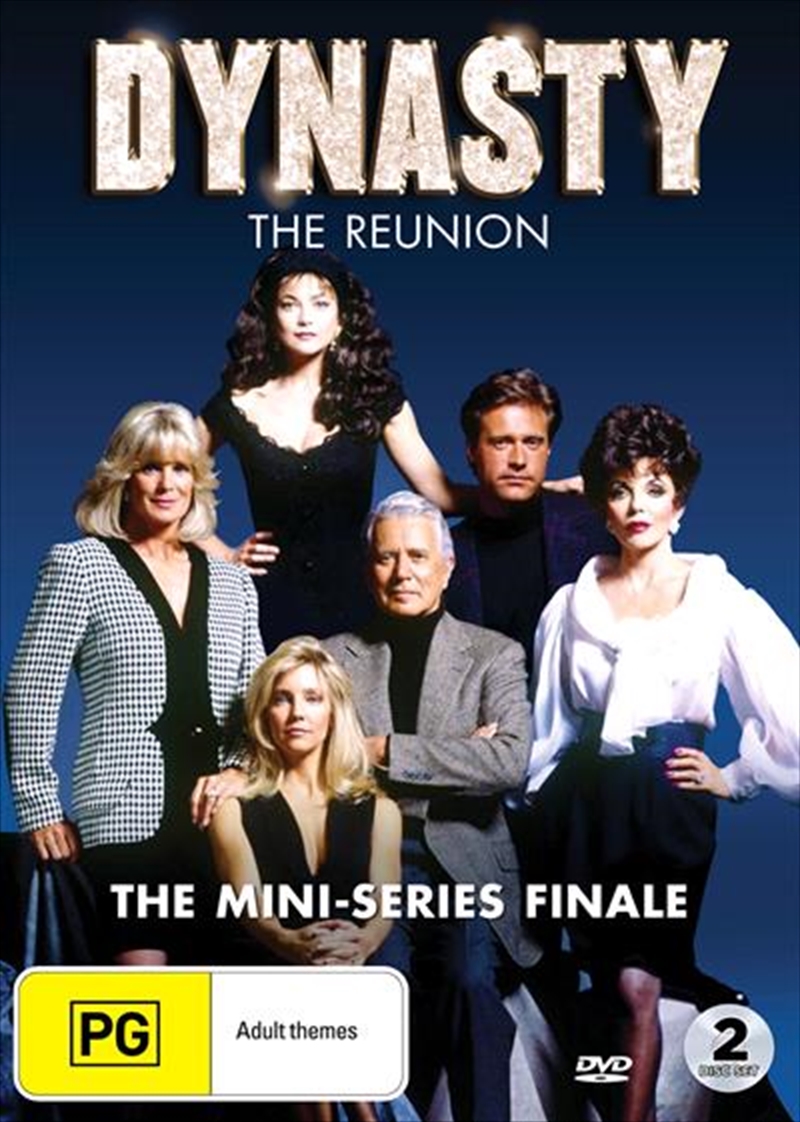 Want to click and collect? Check store availability
DESCRIPTION
Greed. Seduction. Betrayal. Revenge. Dynasty has it all and more!

Dynasty: The Finale Mini-series features Dynasty: The Reunion - the 1991, 2 part event reuniting the characters from the American prime time television soap opera Dynasty, a series which aired from 1981 to 1989 and was the highest-rated U.S. series in 1985. The miniseries continues the story of the Carringtons, a wealthy oil family living in Denver, Colorado. The series finale of Dynasty, broadcast in May 1989, had left oil tycoon Blake Carrington (Forsythe) shot by a corrupt policeman, his beloved wife Krystle (Evans) in an off-screen coma, and his conniving ex-wife Alexis Colby (Collins) plunging from a balcony. The Reunion picks up two years later as Blake having survived the shooting but then convicted for the death of his attacker is pardoned and released from prison.
DETAILS