Doctor Who - Destiny of the Daleks 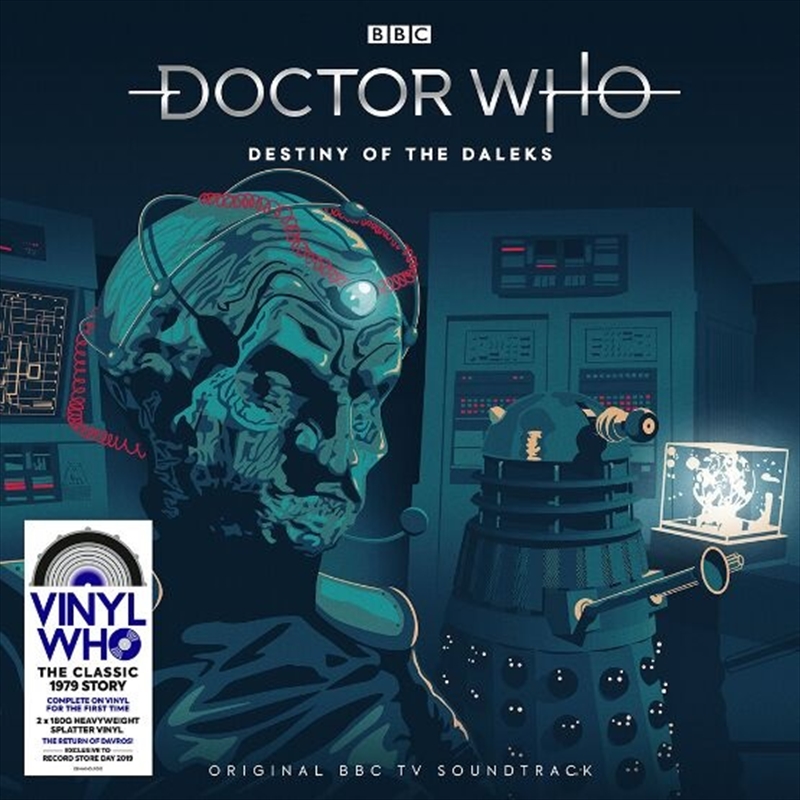 Doctor Who - Destiny of the Daleks

Soundtrack Doctor Who - Destiny of the Daleks Vinyl

Demon Music presents a narrated full-cast TV soundtrack adventure starring Tom Baker as the Doctor, pitted against his arch-enemies the Daleks and their wizened creator, Davros. In this thrilling 4 part adventure, first shown on BBC TV in September 1979, the Daleks return to their home planet Skaro, scene of their defeat at the hand of the Doctor (Tom Baker) in Genesis of the Daleks.

What — or who — have they returned for? It soon becomes apparent that the ruthless scientist Davros, creator of the Daleks, may not be as dead as the Doctor assumed.

When Romana (Lalla Ward) falls into the hands of the Daleks themselves, a life and death struggle begins to divert the Doctor’s adversaries from their self-proclaimed destiny. Presented across 2 x Heavyweight 180g pieces of Red with Blue Splatter Vinyl, this narrated TV soundtrack evokes a classic Doctor Who adventure in all its aural magnificence. From the eerie sonics of Ron Grainer & Delia Derbyshire’s theme tune, and the familiar ‘wheezing, groaning’ of the TARDIS, through to the bass thrum of the Daleks’ headquarters, and their clamorous shriek of “Exterminate!

Exterminate!”, the story is alive with weird and wonderful sound. Add to that the sparkling dialogue of a script written by Terry Nation and script edited by Douglas Adams, and you have 2 hours of joyful sci-fi entertainment.

Linking narration is provided by Lalla Ward (Romana) and the cast includes David Gooderson as Davros, Tim Barlow as Tyssan, Peter Straker as Commander Sharrel and Suzanne Danielle as Agella.

Title: Doctor Who - Destiny of the Daleks