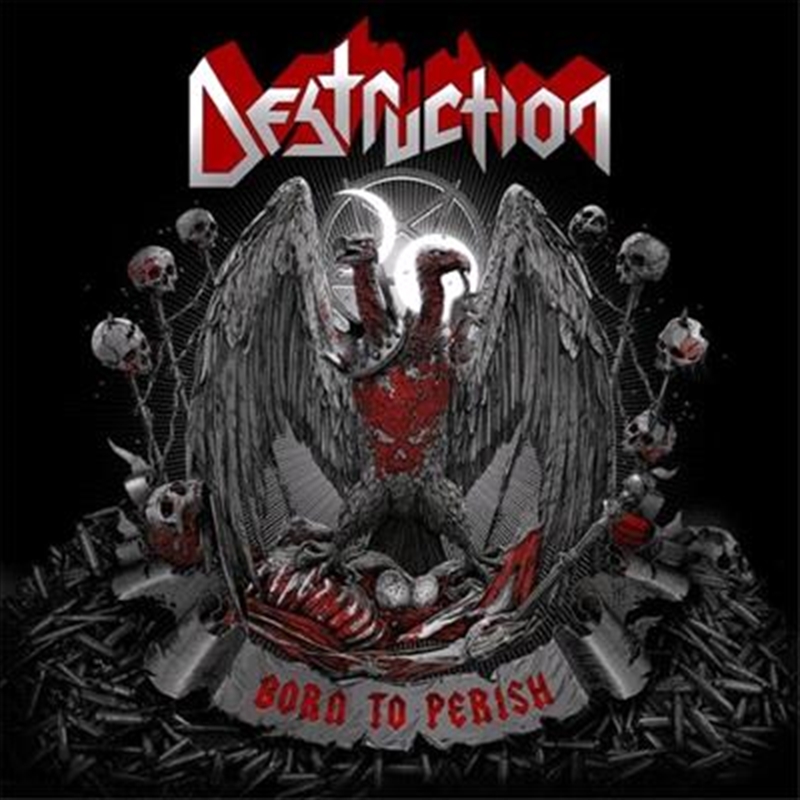 Born to perish? This statement does not apply to the Thrash Metal legends Destruction, though their new album 'Born To Perish' will certainly create a furore.

The brand-new line-up featuring the Canadian drum animal Randy Black and Swiss shred-master Damir Eskic, together with veterans Schmier and Mike, is here to bring you musical destruction. This is a new chapter in the long, impressive history of the band.

'Born To Perish' starts like a thunder clap, immediately hitting you with the title song – skipping any intro or frippery. This is classic Thrash Metal, like the following bone breaking 'Inspired By Death', the heavy but catchy tune 'Betrayal' and the raised middle finger 'Rotten'. Since 1982 when DESTRUCTIONwas first founded, they've never once lost their aggressiveness.

On the second part of the album one can expect some surprises like 'Butchered For Life', which starts out like a rock ballad ending up as a real Thrash Metal monster. In 'Fatal Flight 17', outstanding with its exceptional riffing, Schmier both tells a personal story and pays tribute to his old hero Gary Moore

Tyrants Of The Netherworld