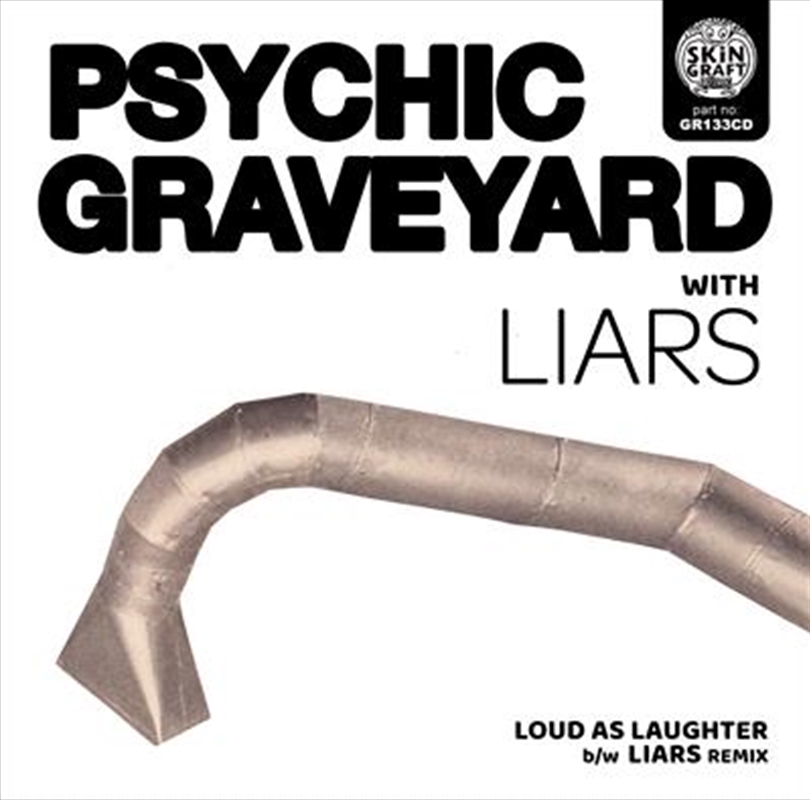 Limited Edition of 175 CD Singles WorldwidePsychic Graveyard; the new band from Doomsday Student and All Leather members; follow up the release of their debut single 'Dead In Different Places' (remixed by the Electro-House duo MSTRKRFT) with 'Loud As Laughter', the title track from their debut full-length album.

According to the band, the process of writing the album was unusual for them. Throughout 2018, San Diego-based Joyner would send files filled with the skeletons of songs to Vieira and Paul in Providence, Rhode Island. The two would add their parts, and then the songs would undergo an arduous, back and forth until all of the members agreed on the final version. The distance of the members and the anomalous approach to writing resulted in a diverse, yet coherent album that picks-up and drops-off the listener at dramatically different places.

Like nerve endings spliced and sewn back together, the process spawned a whole new auditory system - which serves as the infrastructure for Psychic Graveyard. The single was engineered by Joyner and mixed by Psychic Graveyard in Providence, Rhode Island and San Diego, California, with remix duties handled by Liars' Angus Andrew.

The "Loud As Laughter" will be released as a Manufactured on Demand CD Single in Jewel Case packaging. Limited to 175 copies worldwide.