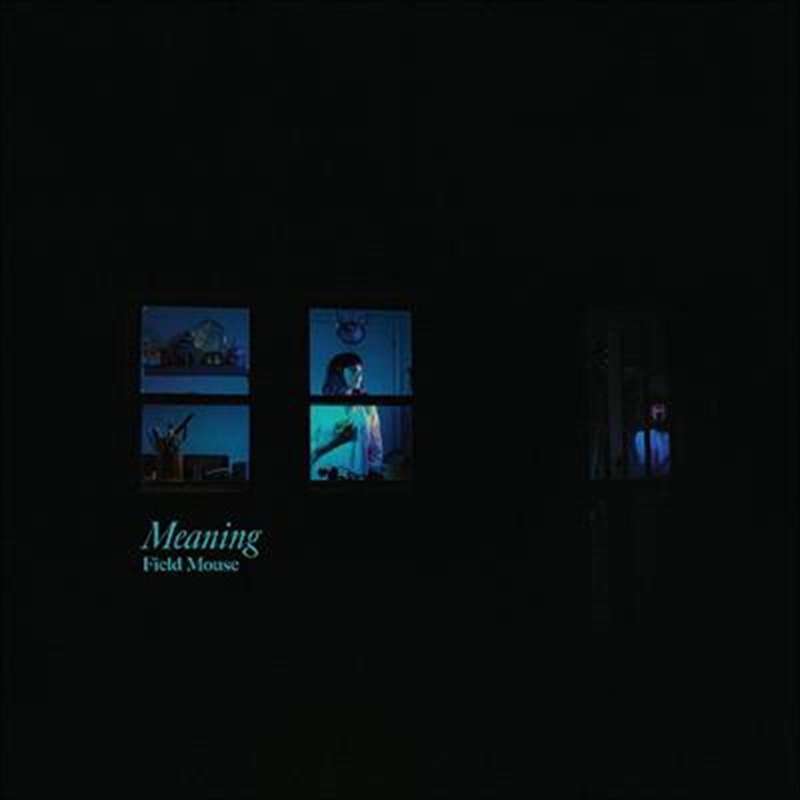 Meaning is the third full length album by the Brooklyn- and Philly-based indie rock group Field Mouse. While listeners have previously described Field Mouse's sound as something akin to a shoegazey dream pop, Meaning marks a decided turn to less obscured realms, perhaps more simply described by terms such as rock and roll or pop.

In that vein, lead single "Heart of Gold" boasts all the makings of a quintessential guitar-pop hit, opening the record with determined bombast and urgency. It features guitarist and lead singer Rachel Browne's diaphanous vocals mirrored by feverish yet nimble guitar hooks, creating an organic, deftly layered rock composition.The album's other two singles, "In Blue" and "Black Hole, Son" indulge yet further in the band's pop proclivities, honed tirelessly over their 10 year-long existence.

Their earwormy hooks and pristine production combine for raucous, undeniably vibrant pop honesty, occasionally contrasted with a distinct explosiveness. Overall, Field Mouse's Meaning is a forceful accomplishment of pop-rock songwriting, replete with infectious harmonies and its own unique voice.