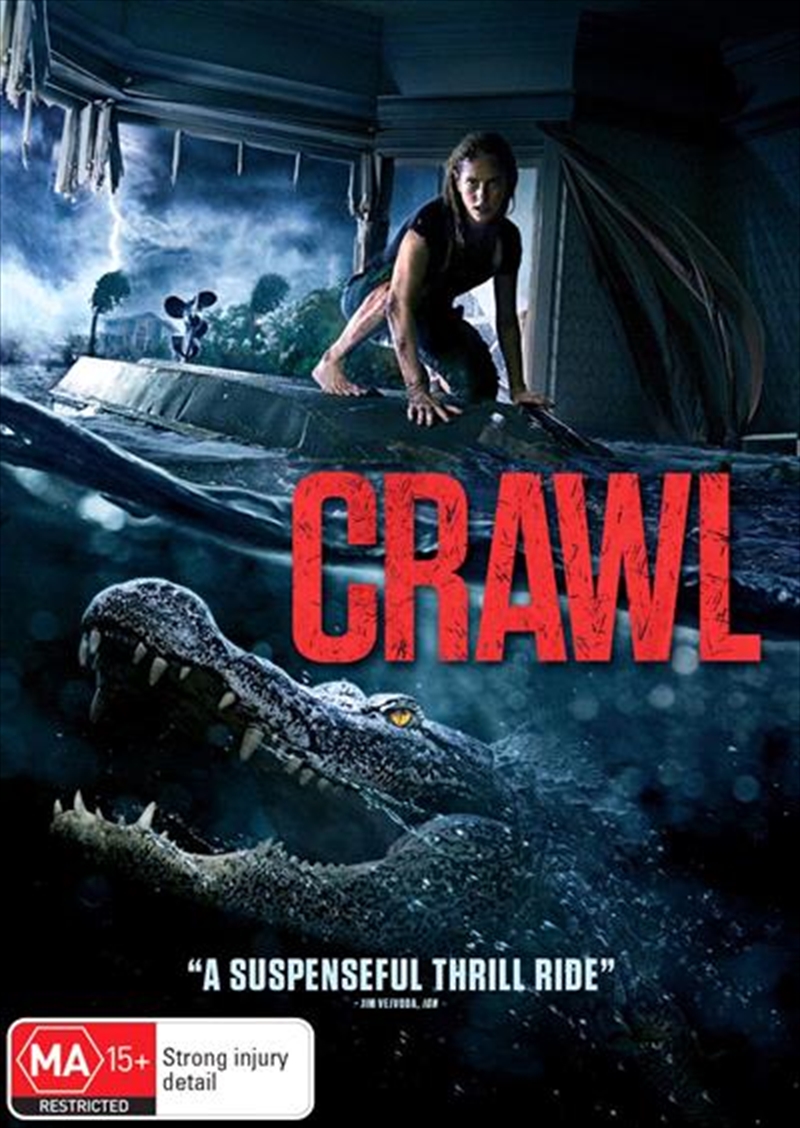 They Were Here First

A young woman, while attempting to save her father during a Category 5 hurricane, finds herself trapped in a flooding house and must fight for her life against alligators.

Review of Crawl by Peter Walkden

During a category five hurricane storm, a young girl tries to contact her father and make sure he is safe. Her concerns only grow when she gets no response, and she decides to visit his home, finding he is trapped and wounded underneath the house. Plus! as the storm gets worse, the place also begins to flood with water and killer Alligators!
With a plot outline like above, this film is not to be taken seriously. The heavy use of CGI also reduces the movie from having a serious tone.
As a plot, this is something different and somewhat refreshing. I was also surprised by the film’s speedy pace and overall runtime. The film’s setup is basic, and the movie generally gets right into it. I can also state the movie is not predictable when it comes to the situation that surrounds our leading actors (father and daughter).
Overall, with a fun plot and fast pacing, Crawl is simply a blast. It is a film that does not take itself seriously, and it’s meant for film lovers who enjoy having a brainless time and having a laugh. Share with friends that enjoy laughing out loud. I cannot deny it- it’s silly, cheesy, but it’s very entertaining.
Peter has written this movie review for Sanity. See more from Peter here