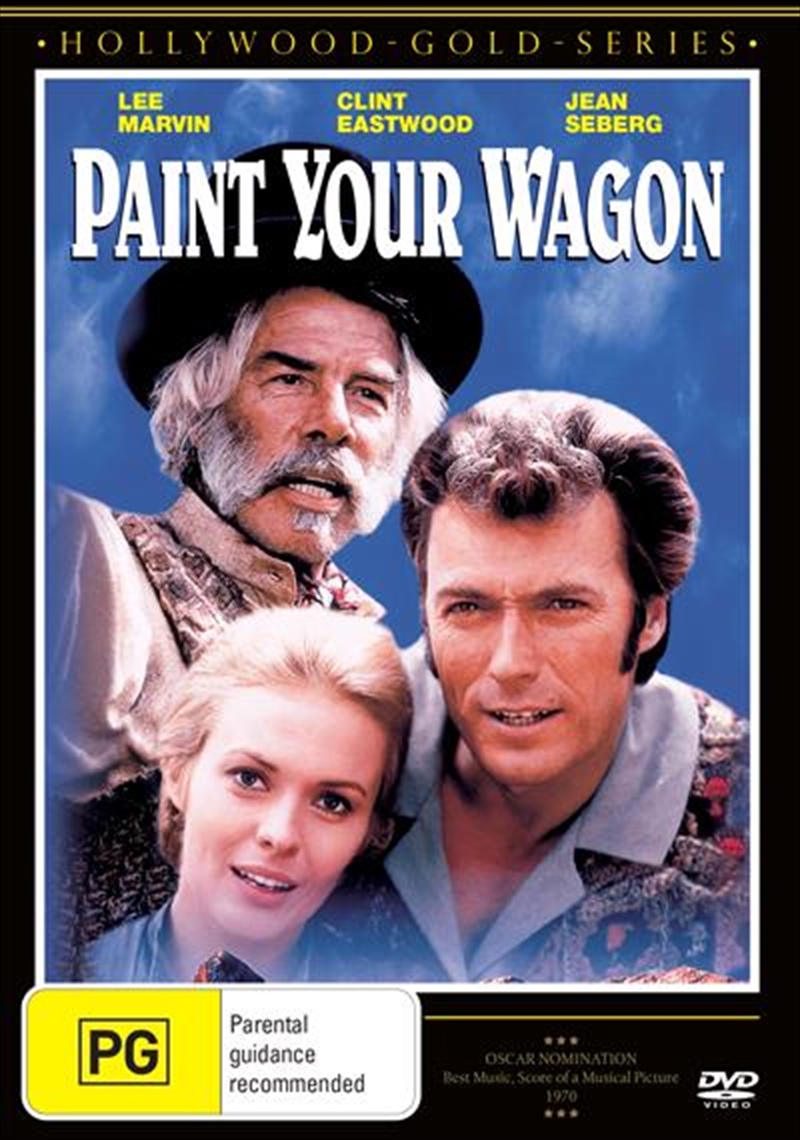 After a debut on Broadway in 1951, Paramount spent an estimated 17 to 20 million dollars in production costs for this Lerner and Loewe musical. With Loewe's permission, Lerner wrote five additional tunes for the film with Andre Previn. Ben Rumson (Lee Marvin) is the grizzled prospector trying his luck panning for gold in California. Pardner (Clint Eastwood) is his companion. When Ben buys a woman from a Mormon, Elizabeth (Jean Seberg) expects equal rights for her gender and chooses to live with both men. Ben and Pardner tunnel under the boomtown to gather the fallen gold dust that has filtered through the cracks of the saloon and other places.
DETAILS