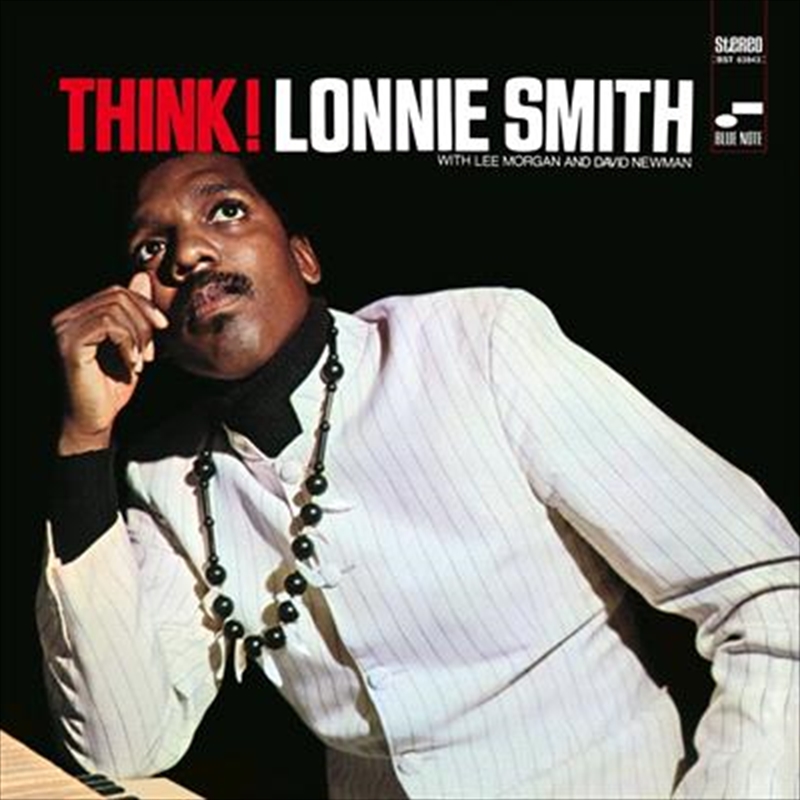 As Blue Note’s 80th anniversary celebrations gather pace, we are delighted to announce the 12th July 2019 release of the first three albums in the Blue Grooves vinyl series. These are timeless records that focus on the funkier side of Blue Note, from soul-jazz classics through dynamic R&B/fusion crossovers to groove-centric gems from the modern era. The opening trio in this series consists of Bobbi Humphrey’s Blacks And Blues (1973), Lonnie Smith’s Think (1968) and Reuben Wilson’s Blue Mode (1970). This BN80 vinyl edition is all-analogue, mastered by Kevin Gray from the original tapes and pressed on 180G vinyl at Optimal.

One of the funkiest and most inventive organists to ever walk the earth, Dr. Lonnie Smith made his name on Blue Note beginning with his 1968 label debut Think! Produced by Francis Wolff, the album featured trumpeter Lee Morgan, tenor saxophonist David Newman, guitarist Melvin Sparks, and drummer Marian Booker Jr., with Henry "Pucho" Brown, William Bivens, and Norberto Apellaniz adding percussion on two tracks. Groove is the thing on this session from the hard-driving opener “Song of Ice Bag” written by Hugh Masekela to Doc’s laid-back original “Slouchin’” to the band’s joyful romp through Aretha Franklin’s hit “Think.”

This Blue Note 80 Vinyl Edition is all-analog, mastered by Kevin Gray from the original master tapes, and pressed on 180g vinyl at Optimal.