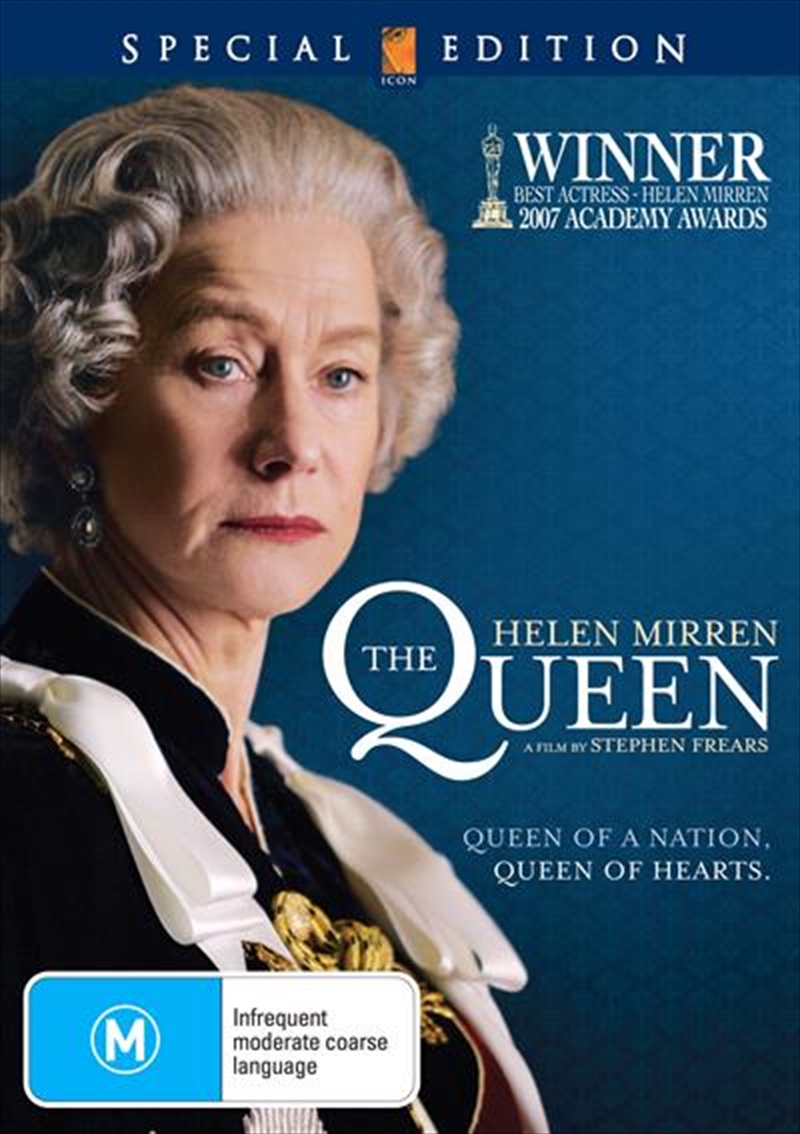 Tradition Prepared Her. Change Will Define Her.

The British Prime Minister and The Royal Family find themselves quietly at odds in the wake of a national tragedy in this drama from director Stephen Frears.
When news of the death of Princess Diana, undoubtedly the most famous woman in the world, breaks upon a shocked and disbelieving British public, HRH Queen Elizabeth II (Helen Mirren) retreats behind the walls of Balmoral Castle with her family, unable to comprehend the public response to the tragedy. For Tony Blair (Michael Sheen), the popular and newly elected Prime Minister, the people's need for reassurance and support from their leaders is palpable. As the unprecedented outpouring of emotion grows even stronger, Blair must find a way to reconnect The Queen with the British public.