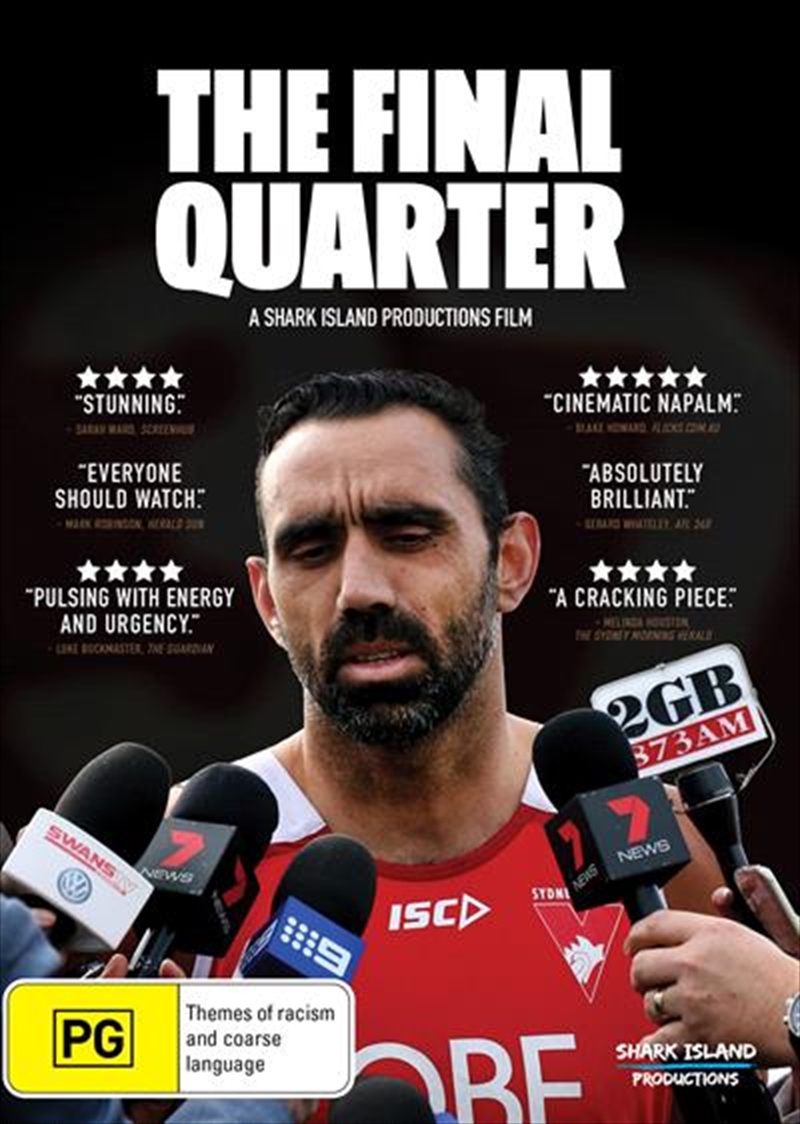 Shipping - See delivery options.
Postcode:
Quantity:
SEE MORE IN:
4 for $50 DVD, Blu-ray & More Documentaries
DESCRIPTION
Adam Goodes was a champion AFL footballer and Indigenous leader. In the final three years of his playing career he became a lightning rod for a heated public debate and widespread media commentary that divided the nation. He publicly called out racism, was named Australian of the Year, was accused of staging for free kicks, and performed an on-field war dance celebration. The cheers became boos as football crowds turned on him. Using only archival footage aired at the time, THE FINAL QUARTER holds a mirror to Australia and is an opportunity to reconsider what happened on and off the football field.
DETAILS