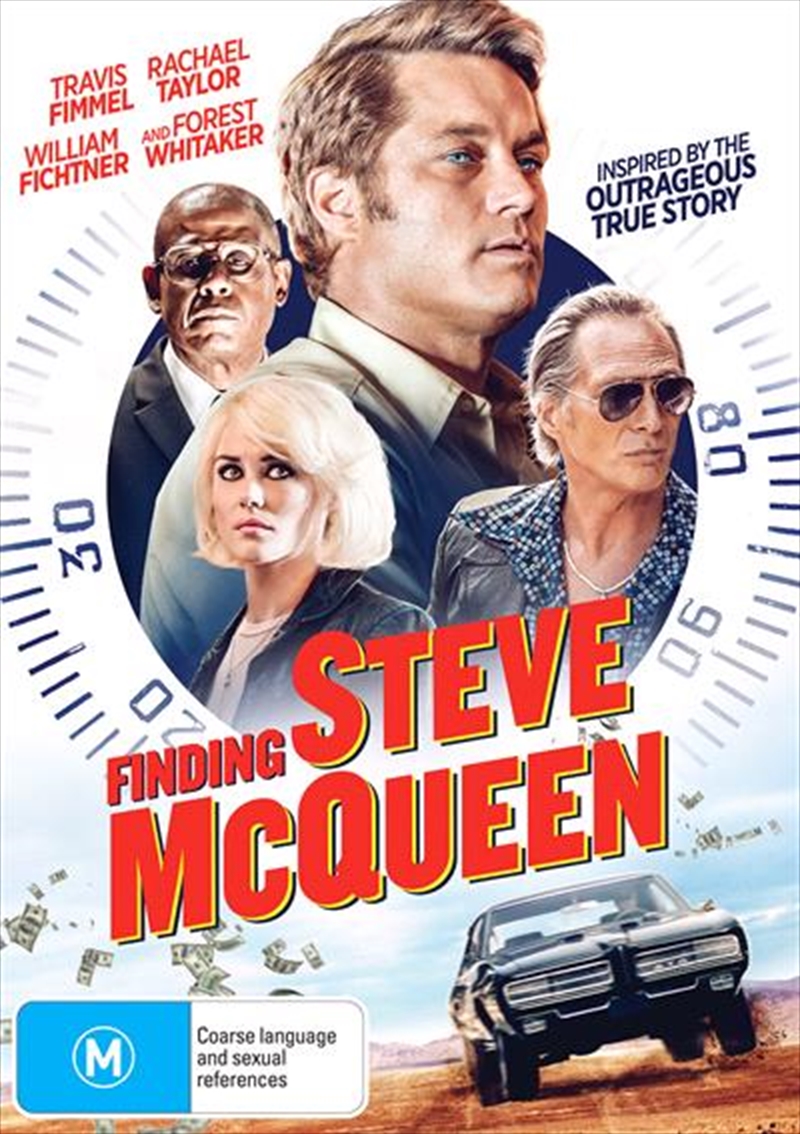 Shipping - See delivery options.
Postcode:
Quantity:
SEE MORE IN:
3 for $20 Movies & More
After seeing his face on a wanted poster, John Baker who loves fast cars and idolises actor Steve McQueen decides to come clean to the woman he loves. Not only is his real name Harry Barber, but he's been on the run for the last 8 years. Harry was part of an unlikely gang of thieves who set out to steal $30 million from President Nixon's illegal slush fund stashed at a California bank. Needless to say, things didn't go to plan...and when the FBI launched one of the biggest manhunts in history, Barber learnt that you can't steal from a thief and expect to get away with it! With a fascinating true-life story and a likeable cast including Travis Fimmel (TVs Vikings), Rachael Taylor (TVs Jessica Jones), William Fichtner (Black Hawk Down) and Forest Whitaker (Black Panther) FINDING STEVE McQUEEN is a rousing, feel-good adventure that you won't want to miss.