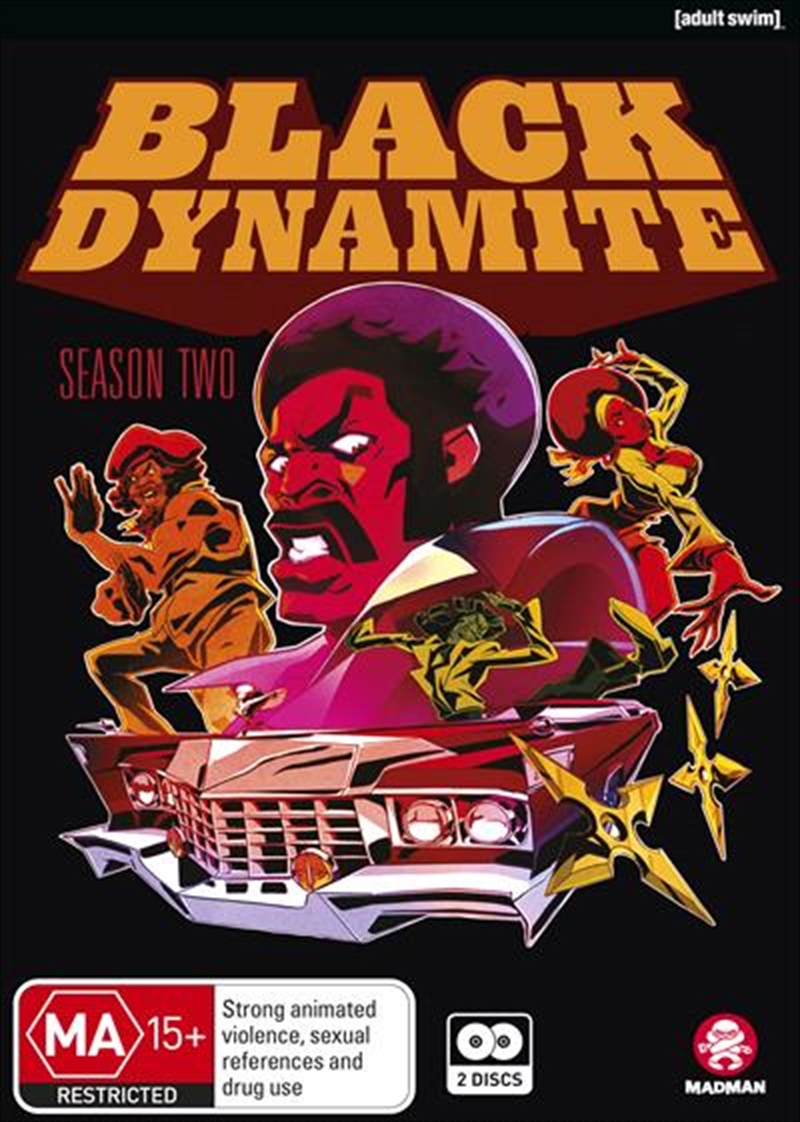 Black Dynamite is ex-C.I.A, and full-time ladies man. He's out to avenge the death of his brother against kung-fu masters, drug-dealing pimps, and The Man. Season 2 sees our hero BD fighting the evil of Black Jaws (but he can't swim), facing off with Mr. Rogers, and hallucinating in the magical land of Oz Watts (on his day off). He's bad, he's mean, he's an ever lovin' soul machine!!
DETAILS