Don't You Think You've Had Enough 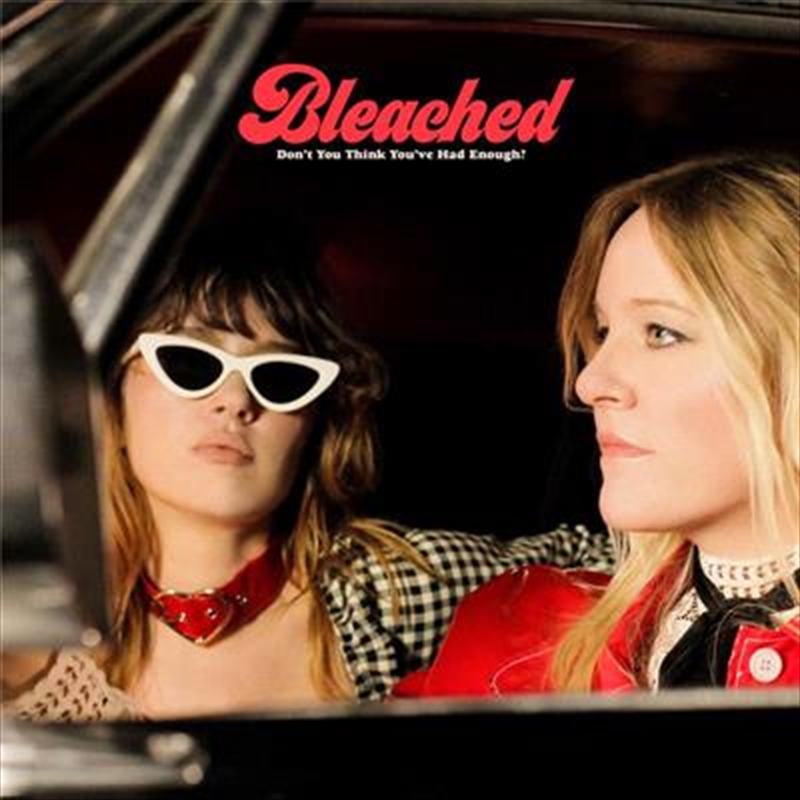 Don't You Think You've Had Enough

'Don't You Think You've Had Enough?' is the brand new album from LA punk duo Bleached, available on Dead Oceans via Inertia!

Produced by Shane Stoneback (Vampire Weekend, Sleigh Bells), 'Don't You Think...' is that band's third record overall, but first from a place of sobriety, the newfound perspective serving as a guiding force, yielding a courageous, honest, and sonically ambitious album. It's a record about fighting both literally and figuratively for your life - and the clarity born from that struggle.

The resulting LP is explosive, grappling with the past; its twelve tracks mark some of the band's most visceral, rawest songwriting to date. The work glimmers with inspiration found in touring with the likes of Paramore and The Damned. That arena ready pop, incisively catchy, was a palpable influence helping to push Bleached's sound in a new direction.