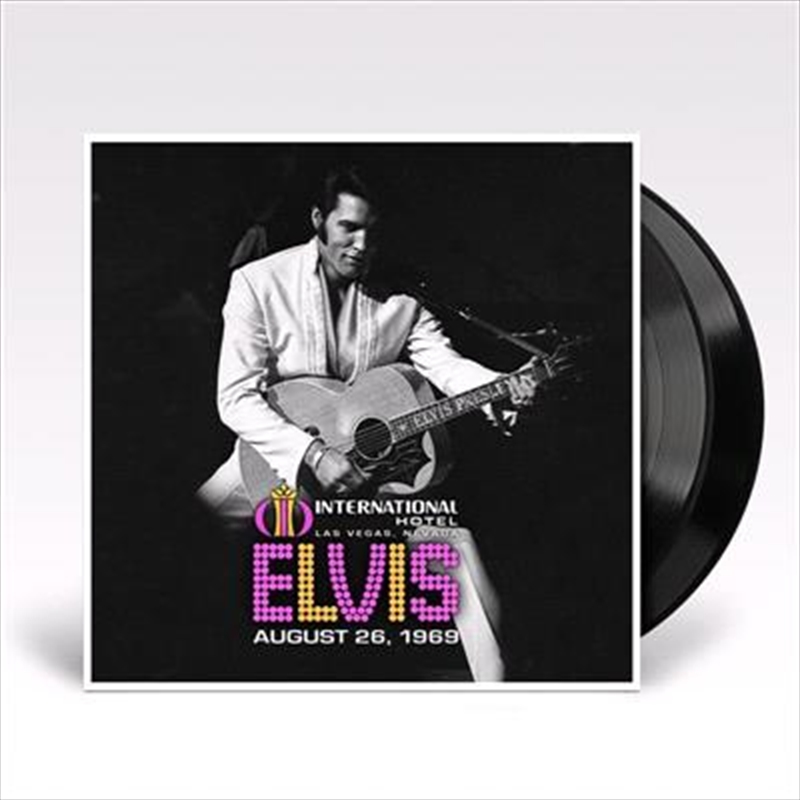 “I was missing the contact with a live audience,” Elvis says in this show, and at every show during his first engagement at The International Hotel in Las Vegas. Apart from two shows in 1961 and the recent TV show, Elvis hadn’t performed on stage for 11 years. After years of increasingly worse movies and diminishing record sales, Elvis had just managed to turn his career around with his 1968 TV special.

The show had aired on December 3, 1968, and it was a surprising reminder to the world of just how magnetic a performer Elvis Presley still was. Just weeks later Elvis recorded more than 30 songs in Memphis, some of the best work of his career, and the return to live performances on July 31, 1969 was the third step of his resurrection as an artist.

The entire four-week engagement was sold out, and fans and critics were ecstatic. The New York Times wrote “…Elvis Presley came to this place and provided an unbelievable exercise in pure, exciting rock ’n’ roll.” There was a wild, almost manic, energy to the performances, displaying a burning desire from Elvis and his band to show the full potential of their abilities.

This show demonstrates all the charm and charisma of Elvis and his great, new band, combining repertoire of mainly blues-tinged rock ‘n’ roll, with a few beautiful ballads and his two, new, hit singles, “In The Ghetto” and “Suspicious Minds.” Recorded at the 2,000-seater showroom of the International, the intimate setting also gave Elvis the opportunity to talk to his audience, cracking jokes and telling a 10 minute story of his career, giving a rare insight to an otherwise very private man.

A3. All Shook Up (Otis Blackwell/Elvis Presley)

B1. I Can’t Stop Loving You (Don Gibson)