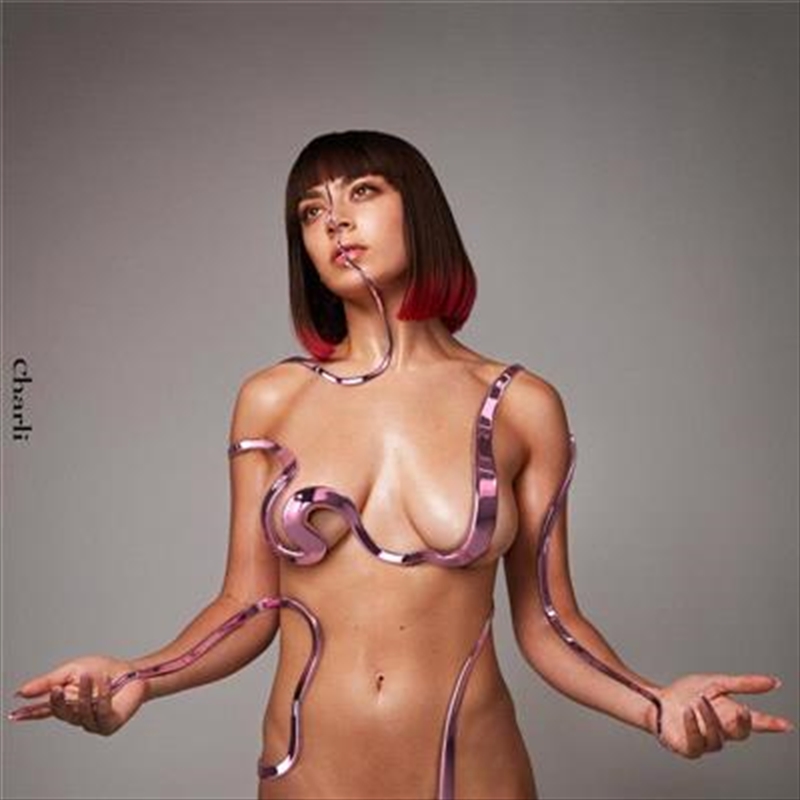 Charli teamed with AR makeup artist Ines Alpha to design her artworks with a goal of dismantling classic beauty ideals, a pairing which resulted in her striking album cover.

Charli XCX has always done things on her terms. In the past she’s done the indie-pop thing, she had the major commercial pop-rock fantasy and now she’s just being authentically herself in the PC-pop world. Her third studio album ‘Charli’ hears her proudly embracing who she is as an artist and isn't afraid to boldly be her authentic self. Soaked in auto-tune, she embraces that sound whole heartedly and has made it apart of her aesthetic in the least gimmicky way possible. Opening with ‘Next Level Charli’, she creates her own hype-up song to start the record in the best way possible. With the production offering a strong bounce you will instantly be ready to dance and sing along with her. With majority of the album already being released, there isn't much room for surprise but there are two songs in particular that her fans are losing their minds over. ‘Click’ featuring Kim Petras and Tommy Cash is the first of these moments and it’s so sonically chaotic and thats why it’s so brilliant. And then Kim jumps on the track with a killer verse that adds to the fun vibe, but in hindsight the Tommy Cash verse is a little unnecessary. ‘Shake It’ featuring Big Freedia, Cupcakke, Brooke Candy and Pabllo Vittar is the other track fans are losing there mind over. It’s a fun track but it’s a little eclectic in taste. ‘Click’ is sonically a stronger track but ‘Shake It’ delivers some of my favourite lyrics in a song ever with Cupcake's standout rap. “I shake it like I'm tryna get the oil off of the bacon” she declares before hilariously adding “It shakin' like a virgin, 'bout to give up the box”. But other than that, the song is a little average at best. Previously acquainted ‘Gone’ feat. Christine And The Queens, ‘Cross You Out’ feat. Sky Ferreira and the summer injected ‘Warm’ feat. HAIM offer the PC pop ballads of the record along with the dreamy solo ‘I Don’t Wanna Know’ and minimalistic ‘Offical’. She also gets a little experimental on ‘Thoughts’, ‘White Mercedes’ and ‘Silver Cross’. Turning up the production on ‘1999’ and ‘2099’ feat Troye Sivan, ‘February 2017’ feat. Clairo and Yaeji and ‘Blame It On Your Love’ feat. Lizzo, she delivers those hits that she was promising during the opening track. These are big and catchy tracks that are ridiculous at heart and so great. This whole record is a lot of fun. Musically it’s not for everyone and that’s okay because she’s making music that she loves and it’s resonating with her passionate fanbase.

2 Gone feat. Christine and the Queens

3 Cross You Out feat. Sky Ferreira

8 Blame It On Your Love feat. Lizzo