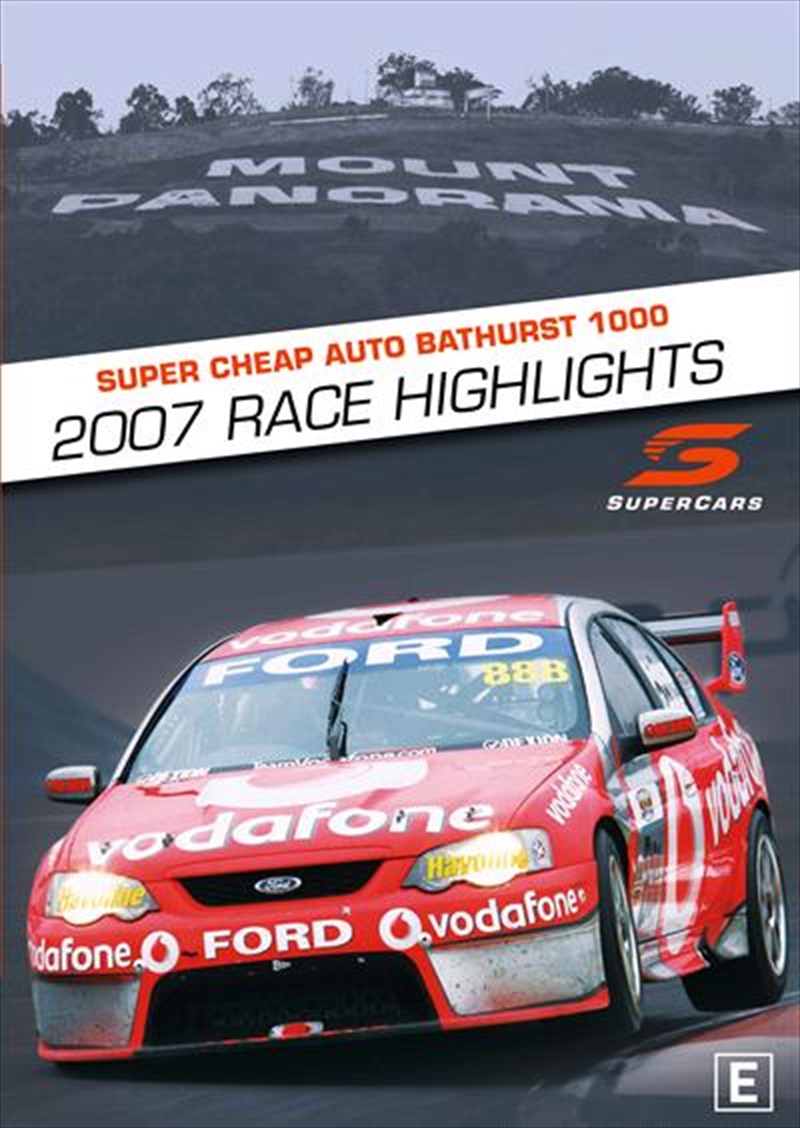 2007 marked 45 years of the Great Race at the famous Mount Panorama circuit and that years Supercheap Auto Bathurst 1000 did not disappoint. Watch as Craig Lowndes and Jamie Whincup lead the first Ford trifecta since 1988; and become the first pair since 1996 to take the Sandown 500-Bathurst 1000 double. Who could forget the nail biting final stages of Lowndes and Whincup s second straight Bathurst victory as they survive the treacherous wet conditions to finish just clear of the James Courtney/David Besnard and Steven Johnson/Will Davison Falcons. Relive all the action of the Bathurst 1000 as the Mountain celebrates 45 years of racing and a mountain of moments!
DETAILS