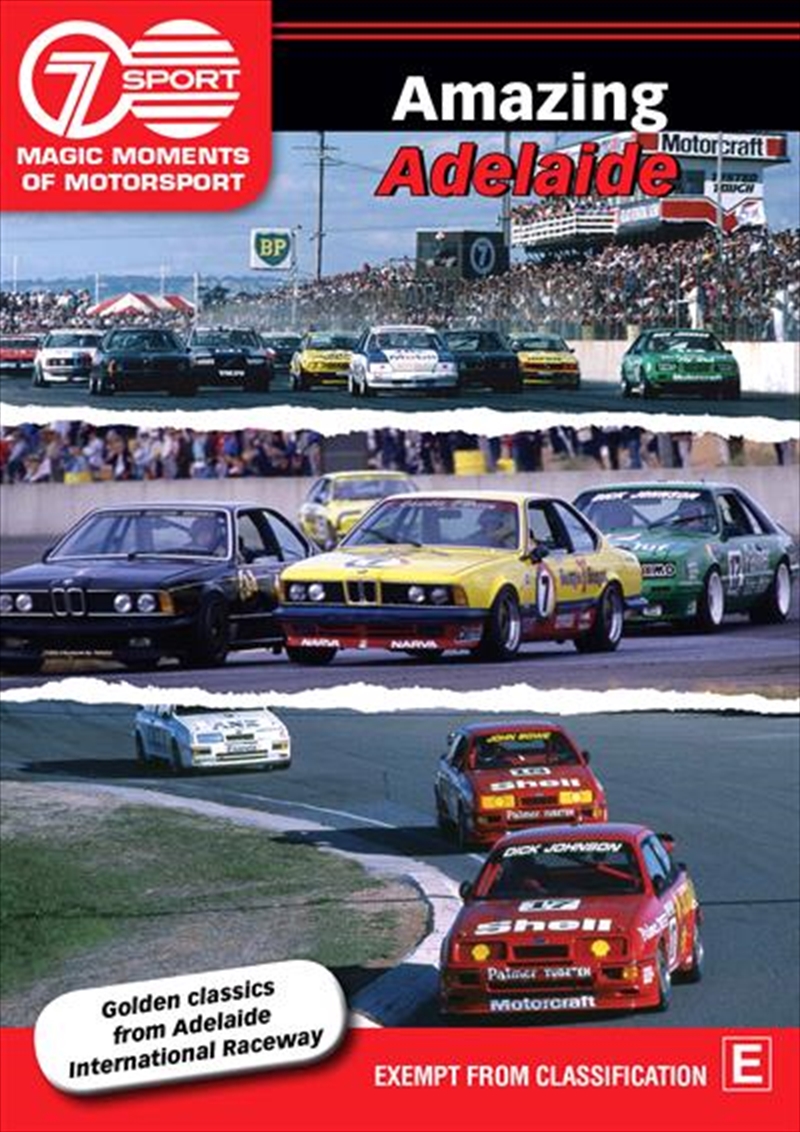 DESCRIPTION
SOUTH Australia has an amazing history within the annals of Australian motorsport and on this release we celebrate some of the great races from Adelaide International Raceway. First opened in 1972, this 2.4-kilometre circuit first hosted an Australian Touring Car Championship round that year and was the annual home of the championship in the state right through to 1988.On this release we've selected three great races from the Seven Sport archive for you to enjoy. The first comes from the first year of Group A rules in the Australian championship - 1985 - and the Motorcraft 100 from April of that year as Jim Richards BMW takes on Peter Brock's Commodore, Dick Johnson's Mustang and a whole host of makes and models. The second race is the 1986 round from Adelaide that resulted in a victory for eventual champion Robbie Francevic in his Volvo 240 Turbo. The third and final race is from May 1988, the last time the circuit hosted a round of the ATCC, with Dick Johnson and John Bowe in their Shell Sierras blitzing the field.In an added bonus we've included these races in full on this DVD with all of the action from the commercial breaks included so you don't miss a second of these important races from Australian touring car history. This DVD is a must-have for your collection of Seven Sport Magic Moments of Motorsport titles, celebrating a brilliant era of racing at one of Australia's long-serving venues.
DETAILS