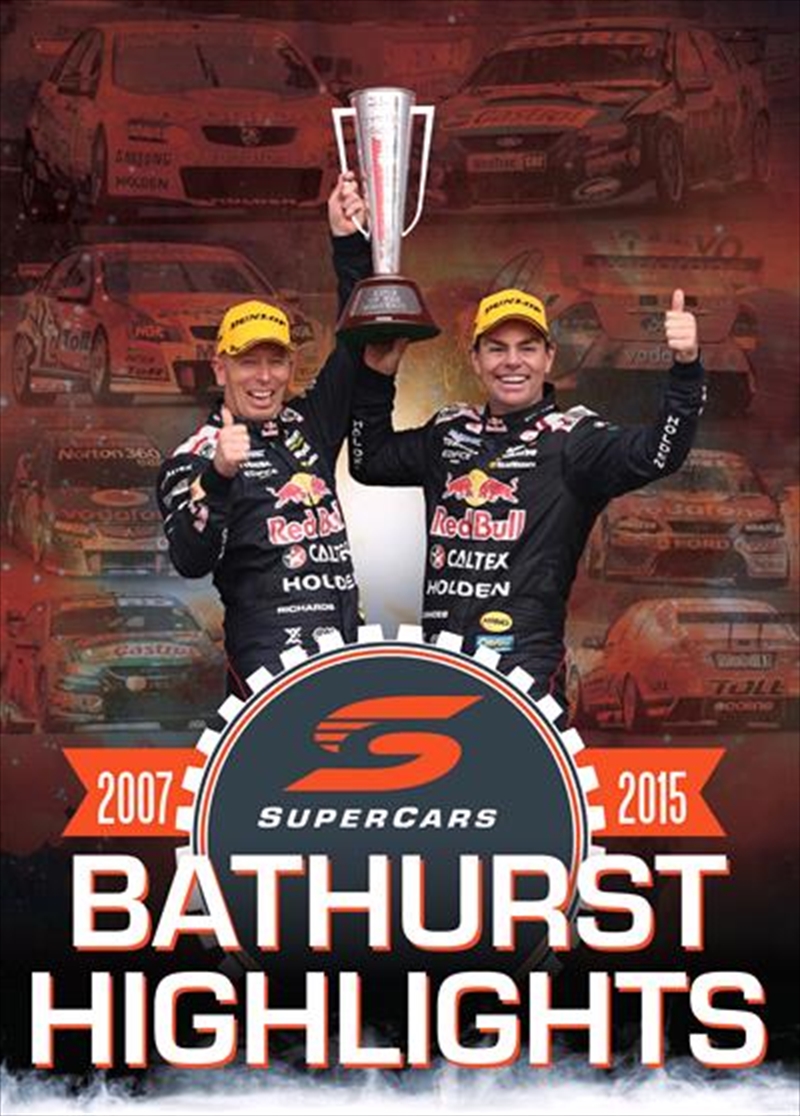 Widely regarded as the pinnacle of motorsport in Australia, the Bathurst 1000 has been a staple on the V8 Supercars racing calendar since its inception in 1997. With this limited edition collector set we take a look back at the 9 years between 2007 and 2015 of V8 Supercars at The Great Race Bathurst. Relive all the drama from the Holden and Ford rivalry and the re-introduction of Nissan and Mercedes to the Supercars fields, with Champions such as Craig Lowndes, Garth Tander, Jamie Whincup, Mark Winterbottom and Chaz Mostert all etching their names into driving history with unbelievable performances on the Mountain. Champions come and go, but Bathurst remains, waiting to test the next generation of V8 Supercar drivers. This release includes Bathurst Highlights from 2007 to 2013 and Complete Bathurst race coverage for 2014 and 2015. Special Bonus: Supercars Bathurst Greatest Hits 2002 to 2015 Relive the metal-crunching moments and when the legends are just a little bit less legendary on one great DVD.
DETAILS