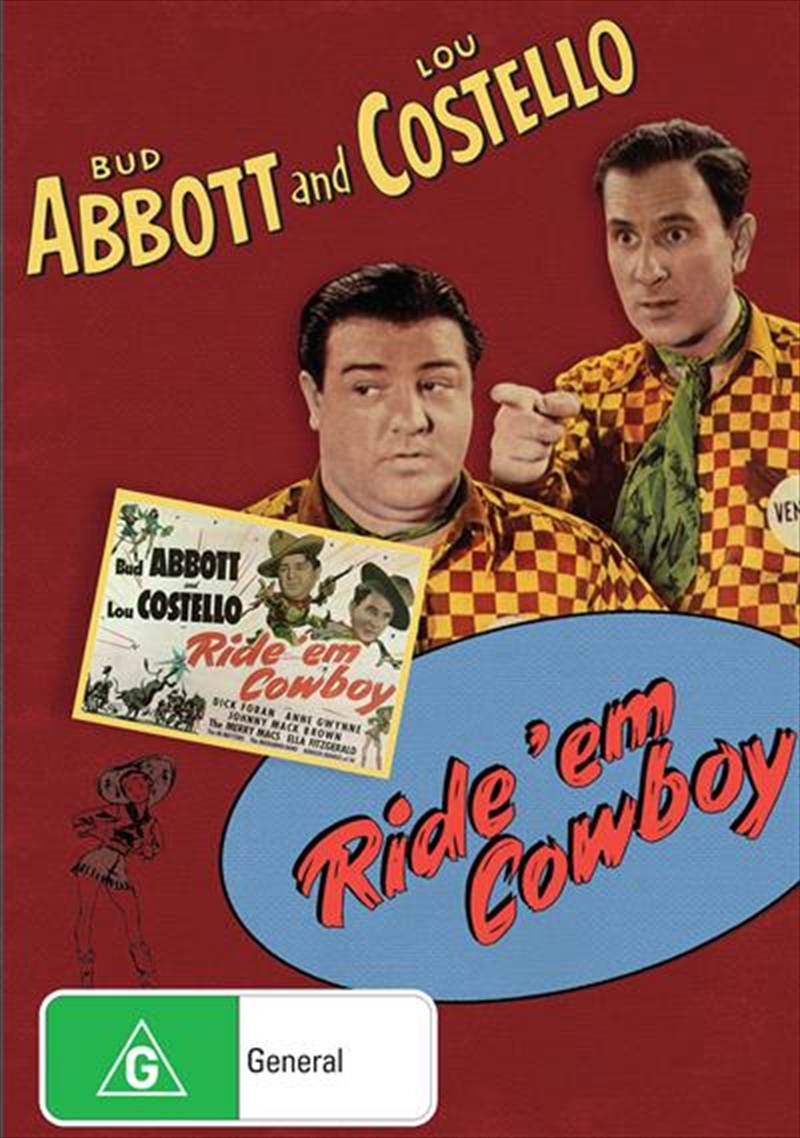 Abbott and Costello portray hot dog vendors who travel west with Bronco Bob Mitchell (Dick Foran) to a dude ranch in Arizona. Accused of not being a real cowboy, Bob is determined to learn the ropes and win the rodeo. Soon after arriving with Bob and Duke (Abbott) at Gower Gulch, Willougby (Costello) accidentally shoots an arrow through an Indian maidens teepee, which she mistakes for a proposal.Fleeing from the amorous girl, Duke and Willoughby land at the Lazy S ranch as cowhands. Trying to keep a low profile with the natives, the pair come to the rescue of Bob when he is kidnapped by scheming gamblers in this rollicking Western adventure featuring Ella Fitzgerald and the Merry Macs.
DETAILS