One Night In The Tropics 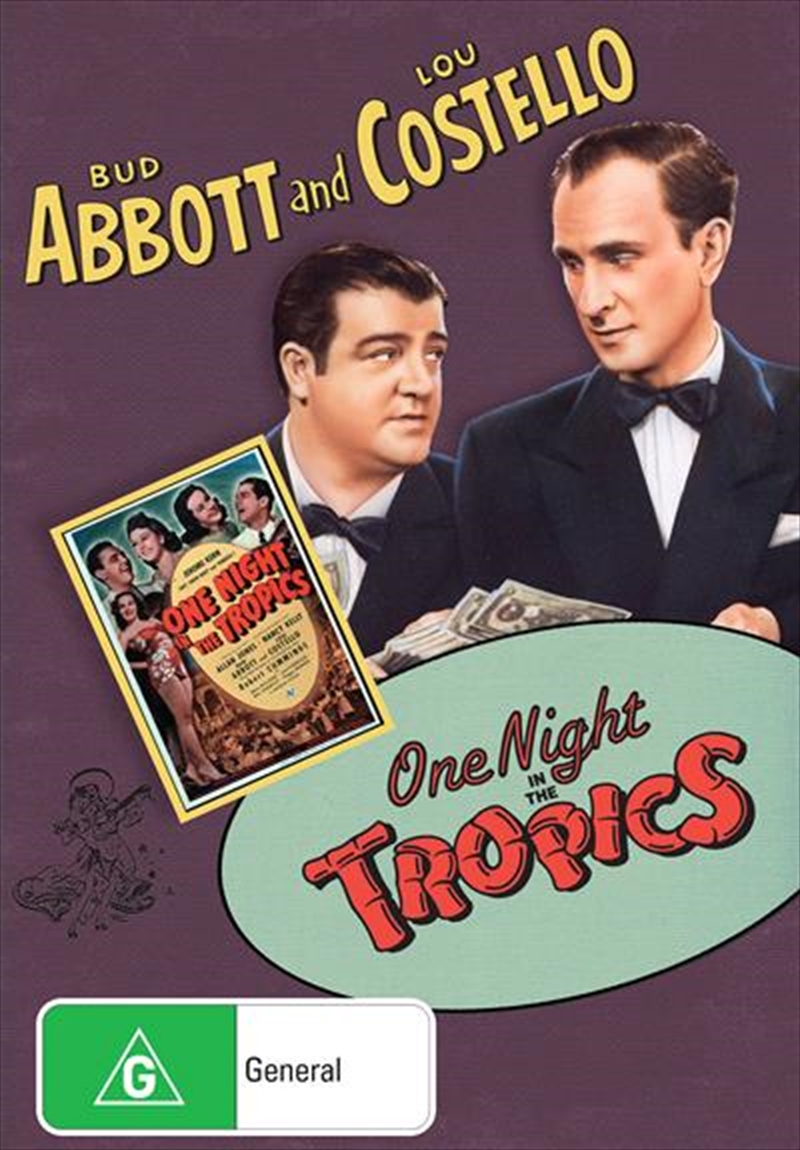 One Night In The Tropics

SEE MORE IN:
Shocking Clearance
DESCRIPTION
Abbott and Costello are at it again!

Jim Lucky Moore (Allan Jones), an insurance salesman, comes up with a novel policy for his friend, Steve (Robert Cummings): a love insurance policy, that will pay out $1-million if Steve does not marry his fiance, Cynthia (Nancy Kelly). The upcoming marriage is jeopardized by Steves ex-girlfriend, Mickey (Peggy Moran), and Cynthias disapproving Aunt Kitty. The policy is underwritten by a nightclub owner, Roscoe (William Frawley), who sends two enforcers - Abbott and Costello - to ensure that the wedding occurs as planned. Everyone involved in the situation winds up sailing or flying to San Marcos (a fictional South American country), where another complication arises, when Lucky falls for Cynthia. Lucky winds up marrying Cynthia, but Roscoe does not have to pay the $1-million because Steve ends up marrying Mickey.
DETAILS

Title: One Night In The Tropics