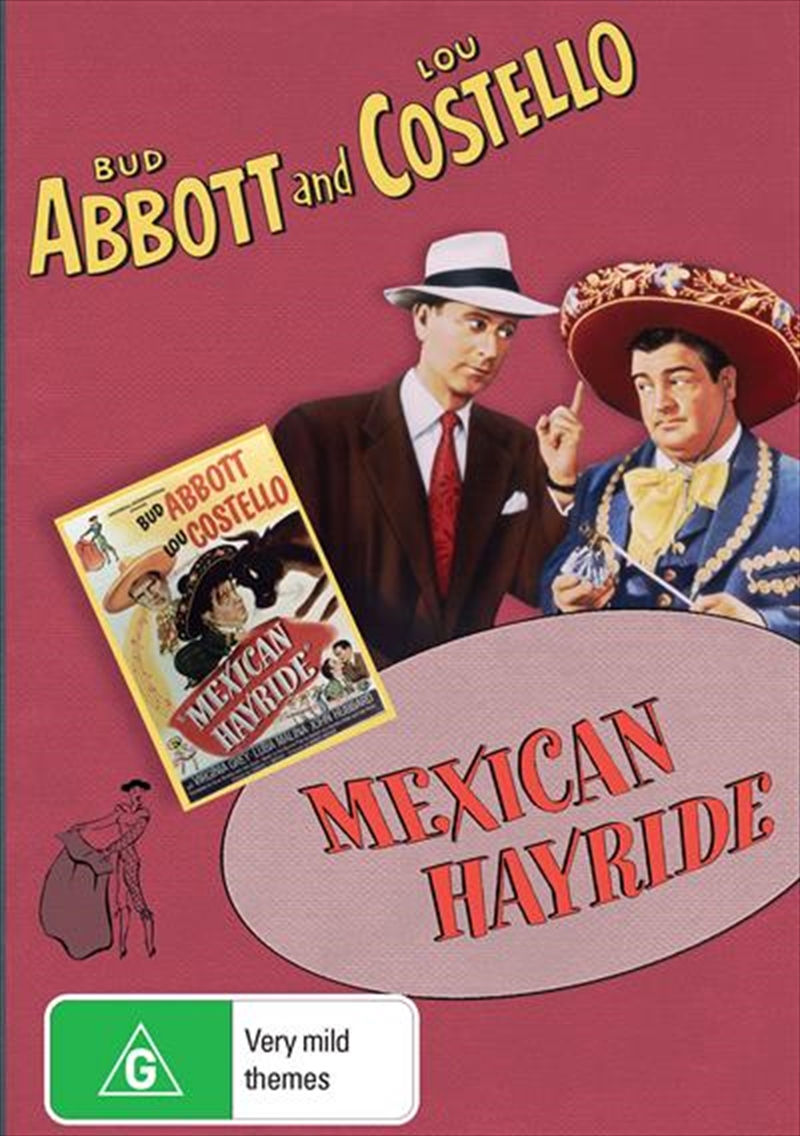 SEE MORE IN:
Shocking Clearance
DESCRIPTION
Fresh from the hit Abbott and Costello Meet Frankenstein, the comedy duo set out on Mexican Hayride. Costello plays Joe Bascom, who is on the trail of Harry Lambert (Bud Abbott). Lambert coerced Bascom into swindling friends in Iowa, and Bascom has followed him into Mexico to force him to pay up. Through a series of misunderstandings, Bascom becomes Amigo Americano and is honored and feted. Lambert sees this as an opportunity for further land swindles in Mexico, and again tries to use Bascom as an unwitting pawn
DETAILS