Abbott And Costello Meet The Mummy 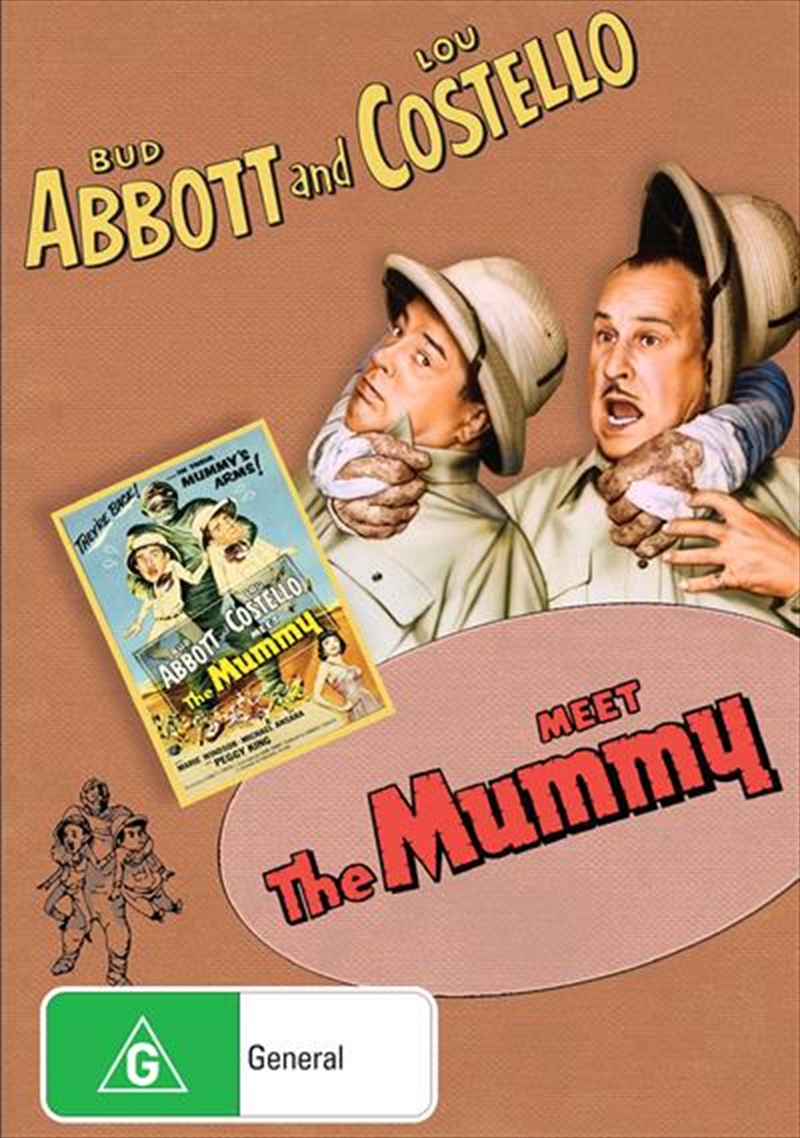 Abbott And Costello Meet The Mummy

Shipping - See delivery options.
Postcode:
Quantity:
SEE MORE IN:
$5 Movies Abbott And Costello Just Landed Everything $5
DESCRIPTION
They're back -- in their mummy's arms!

Pete and Freddie (Abbott and Costello) overhear a Cairo archaeologists chatter about discovering a legendary mummy and decide to apply as chaperones for the corpses journey to America. But when they arrive at the archaeologists home, he has been murdered, the mummy seems to have disappeared and to top it all off, the boys become owners of a sacred medallion that holds the key to the location of an ancient buried treasure that many would kill for! Learning that the medallion is cursed, Pete hides it in a most appetising place and Freddie bites the bait. Then its up to the bumbling Americans to preserve the legend of the mummy and keep the treasure from falling into the wrong hands. Abbott and Costello Meet The Mummy is loaded with surprises. One of the most interesting is Lou Costellos daughter Carole appearing as a cigarette girl who pours water all over her dad!
DETAILS