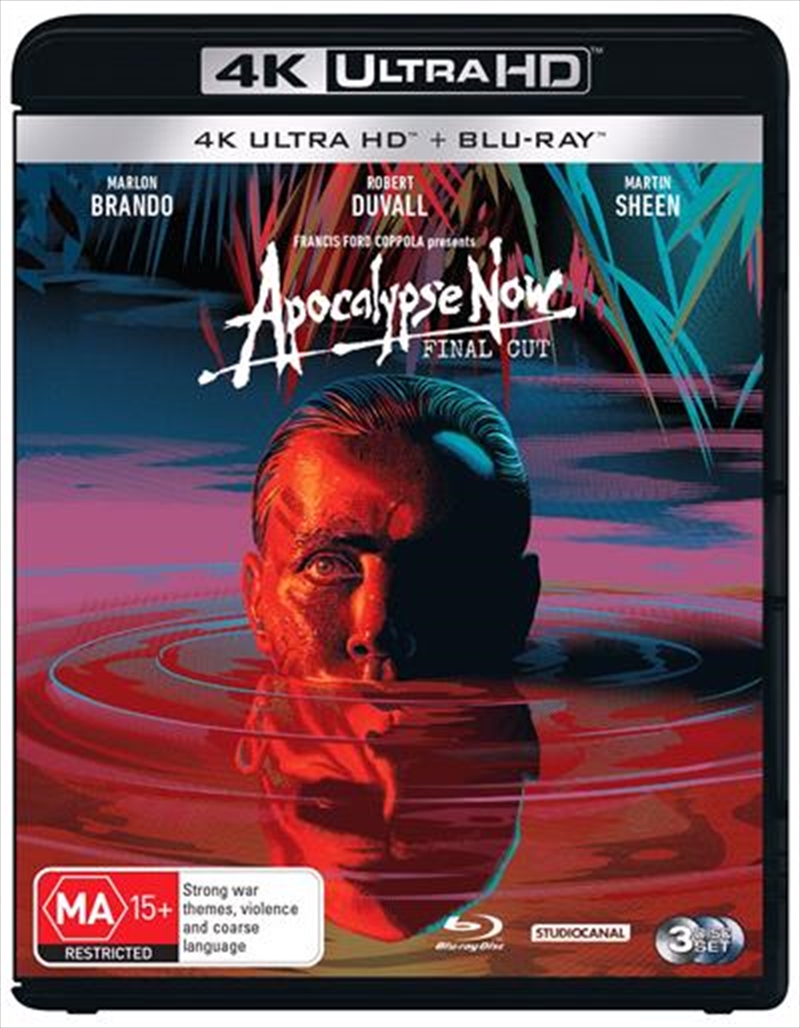 A U.S. Army officer serving in Vietnam is tasked with assassinating a renegade Special Forces Colonel who sees himself as a god.

Set during the Vietnam War, Captain Willard (Martin Sheen) is assigned a mission to assassinate a man known as Colonel Kurtz. The Captain is told that Kurtz has gone rogue and is now leading a small tribe as an army. Kurtz is also being treated as a “God-Like” figure by the people who surround him and is considered highly dangerous. Captain Willard accepts his mission.
I love how this film begins. Without giving too much away, the audience gets an insight into the current life of Captain Willard thanks to his inner narration. Once the Captain has received and accepts his mission, the film is well and truly underway.
As Captain Willard begins his journey to Cambodia to hunt down Kurtz, he is joined by a small group of fellow American soldiers who will assist him in completing his mission. Apocalypse Now never feels like a boring film. At all times, I found myself engaged with the film’s story, but I was also passionate to see how this mission of Captain Willard’s came to an end. The film goes above and beyond to create suspense and loads of tension, which makes the viewer more determined to see the outcomes of their journey. There is a notable change in critical characters as they progress further throughout the film.
As for the film’s visuals, there is lots to love thanks to the director, Francis Ford Coppola (best known for also directing the Godfather before this film). Our director wanted to achieve something different and higher than anything he has done before. I would comment and say that what he set out to do he has done successfully. From the opening sequence alone viewers will witness a true audio-visual masterpiece.
Watching this film on 4K UHD Blu-ray, I was surprised and speechless as to how good it looks considering its age. From a filming aspect, I would say that if it were to be released in cinemas today as a new film, it would stand along with the many other great war films we have seen before. To say it clearly, this is an incredible war/drama film and comes highly recommended for the Audio and visual lovers out there.
Overall, Apocalypse Now comes highly recommended and is classed as a must. With jaw-dropping cinematography and brilliant performances from Martin Sheen & Marlon Brando, you will be thirsty for more. After watching this film, the 1st time, I honestly started re-watching it again right after. Considering this was filmed in 1979, thanks to 4K UHD Bluray and remastering technology, it is incredible to see just how great this film looks (especially if you compare to films in cinema today). The making of features is also worth your time watching as it is incredible to hear about this film’s developing journey.
Peter has written this movie review for Sanity. See more from Peter here