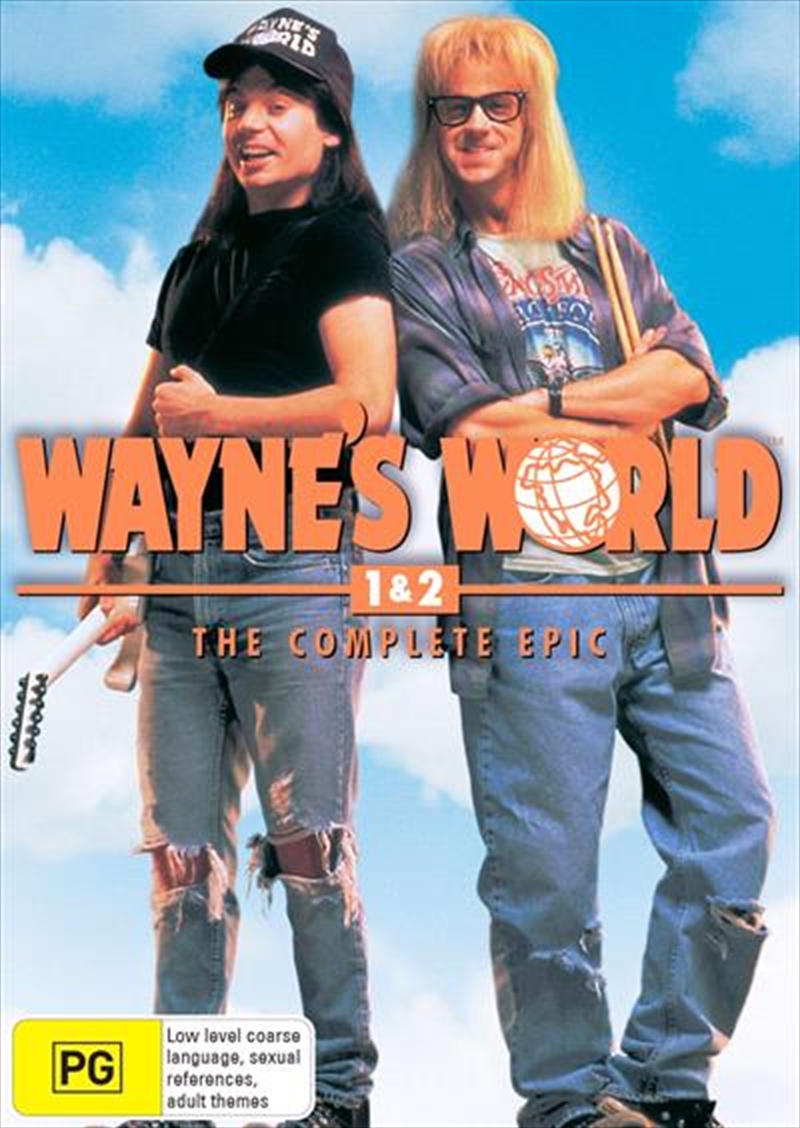 Waynes World - In the tradition of The Ten Commandments, Lawrence of Arabia and Ghandi comes a sweeping screen epic bursting with spectacle and drama "NOT! It's Wayne's World, the hilarious, party-down movie of the year, featuring rockin' tunes, radical babes, and your most excellent hosts, Wayne Campbell (Mike Myers) and Garth Algar (Dana Carvey). When a sleazy TV exec (Rob Lowe) offers Wayne and Garth a fat contract to tape their late-night cable-access show at his network, the two can't believe their good fortune ("No way." "WAY!"). But they soon discover the road from basement to big time is a gnarly one, fraught with danger, temptation, and ragin' party opportunities. Can Wayne win the affections of rock goddess Cassandra (Tia Carrere)? Will Garth get dunked by his dream girl (Donna Dixon) at the doughnut shop? Serious questions, dude, and there's only one way to find out - watch Wayne's World!
Waynes World 2 - It's 2 excellent to be true! Wayne and Garth are back (and front) in the most awaited video since Wayne's World - Wayne's World 2! Having achieved godlike status as a late-night TV personality, Wayne (Mike Myers) now confronts the question that has plagued man for centuries: Is there life after cable? Wayne gets his answer in a dream, wherein a very famous (and very dead) rock star says, "Put on a rock concert, and they will come." So Wayne and Garth (Dana Carvey) present "Waynestock". But first, Wayne must save his girlfriend, Cassandra, (Tia Carrere) from a sinister record producer (Christopher Walken), as Garth grapples with the advances of mega-babe Honey Hornee (Kim Basinger). Party on!