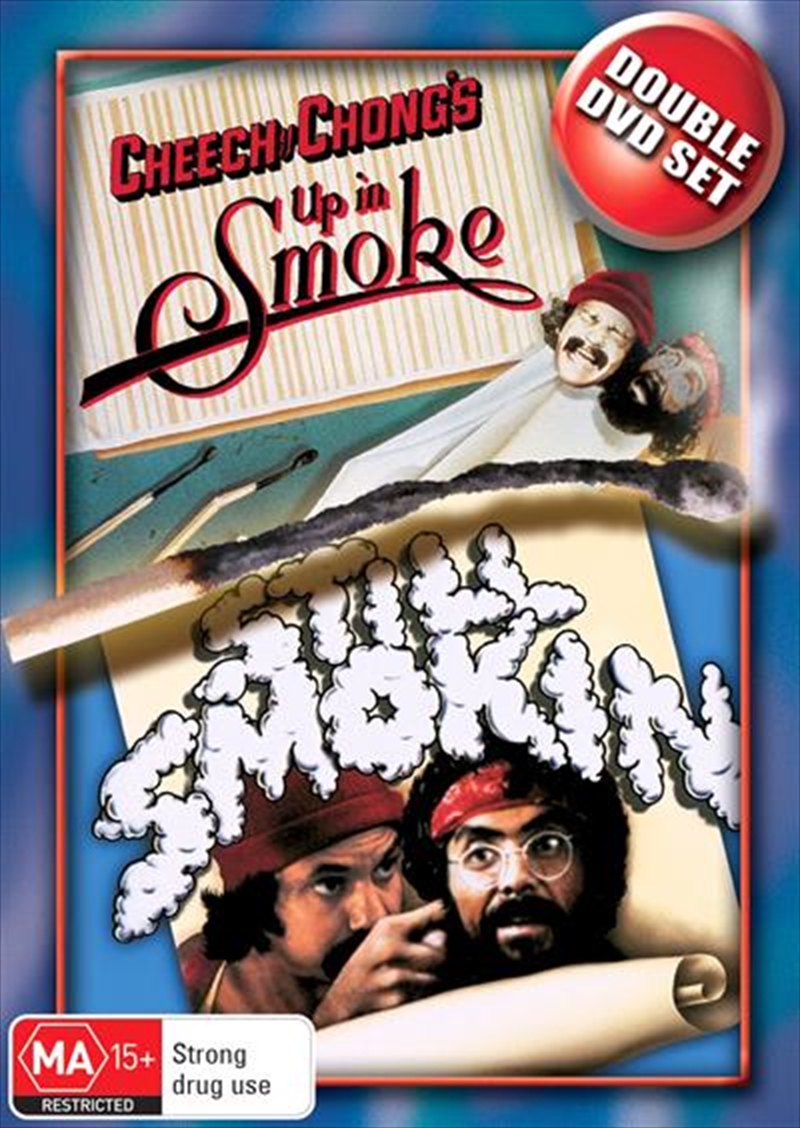 Up in Smoke - There's nothing straight about this movie. But here's the dope anyway: Cheech and Chong make their film debut in this riotous rock'n'roll comedy, bringing with them the same madness, lifestyles and sketches that sold over 10 million records in the early '70s. Cheech and Chong's marijuana-laced humour keeps their spirits high and leads them to an outrageous finale at L.A.'s Roxy Theatre, where Cheech performs in a pick tutu and Chong dresses as a large red quaalude. It will make you feel very funny.
Still Smokin - Their most outrageous film since Up in Smoke, Cheech and Chong are Still Smokin. It's Cheech and Chong at their wildest, craziest, most medicated, doing all those zonked-out characters and hilarious routines that put them where they are today - out of the country. It's a Cheech and Chong fan's ultimate pipe dream, and if you're not already a convert, Ralph and Herbie will make you one by the end of the DVD.
TRAILER
DETAILS