Sons Of Katie Elder, The 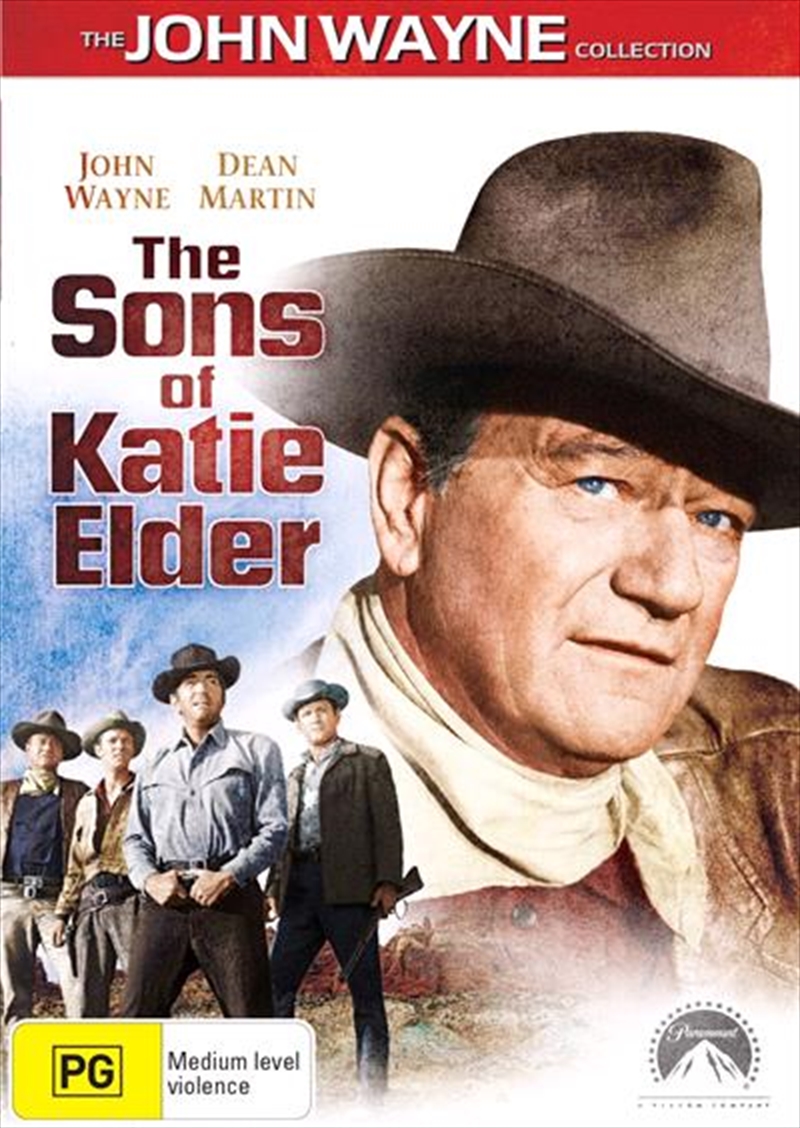 Sons Of Katie Elder, The

Ranch owner Katie Elder's four sons determine to avenge the murder of their father and the swindling of their mother. Katie Elder bore four sons. The day she is buried they all return home to Clearwater, Texas, to pay their last respects. John Wayne is the eldest and toughest son, the gunslinger. Tom (Dean Martin) is good with a deck of cards and good with a gun when he has to be. Matt (Earl Holliman) is the quiet one - nobody ever called him yellow...twice. Bud (Michael Anderson, Jr.) is the youngest. Any hope for respectability lies with him.Directed by Henry Hathaway (True Grit), an acknowledged master of the western, the story has a dual theme: not only is this a he-man's story, but it is also a drama of the maternal influence of Katie Elder, movingly portrayed from beginning to conclusion.
DETAILS

Title: Sons Of Katie Elder, The