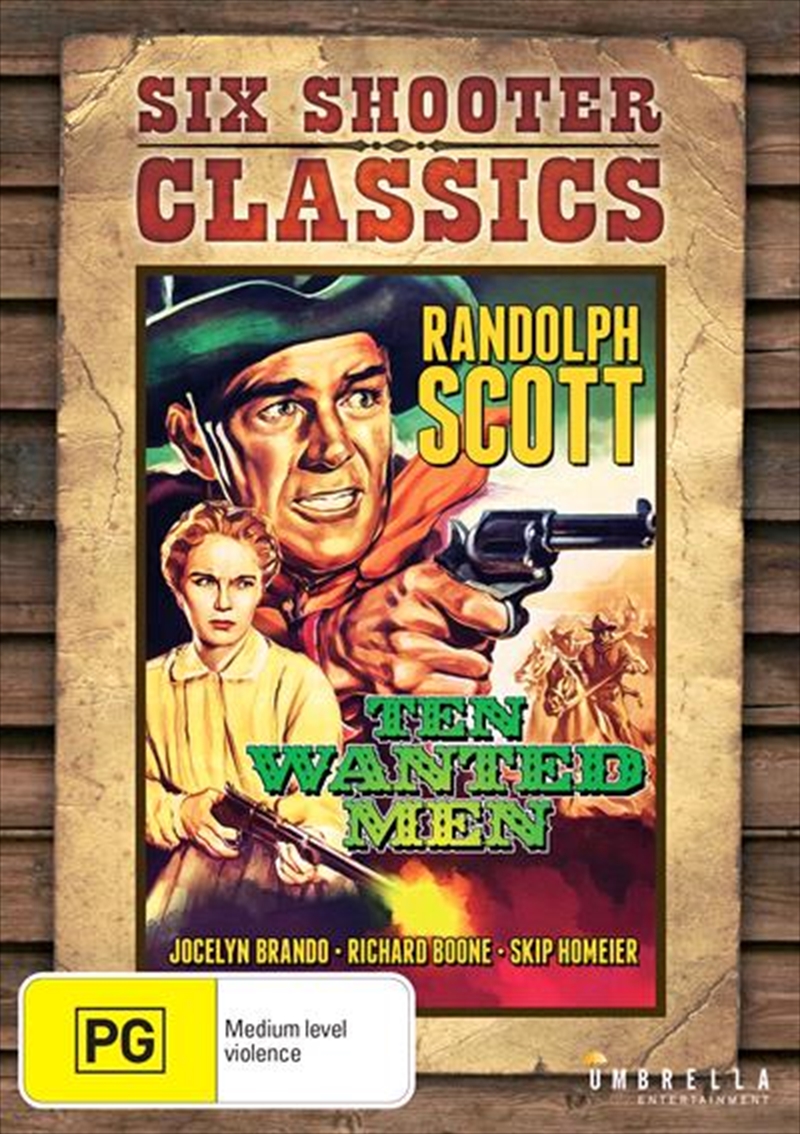 DESCRIPTION
TEN TIMES BIGGER THAN EVER BEFORE!

Randolph Scott (The Tall T) rides tall in the saddle as a powerful cattle rancher in this action-packed western. Scott stars as John Stewart, an Arizona rancher determined to rule his vast empire with strong-willed integrity. Stewart meets with opposition, however, from local landowner Wick Campbell (Richard Boone, Have Gun, Will Travel) who prefers the persuasive power of the pistol to the letter of the law. Suddenly Stewart is forced to defend himself and the woman he loves (Jocelyn Brando, The Big Heat) against Campbell's renegades who are determined to ransack the town. Now Stewart must take a life-and-death stand in a rugged confrontation that pits one man of justice against the overwhelming odds of Ten Wanted Men.
DETAILS