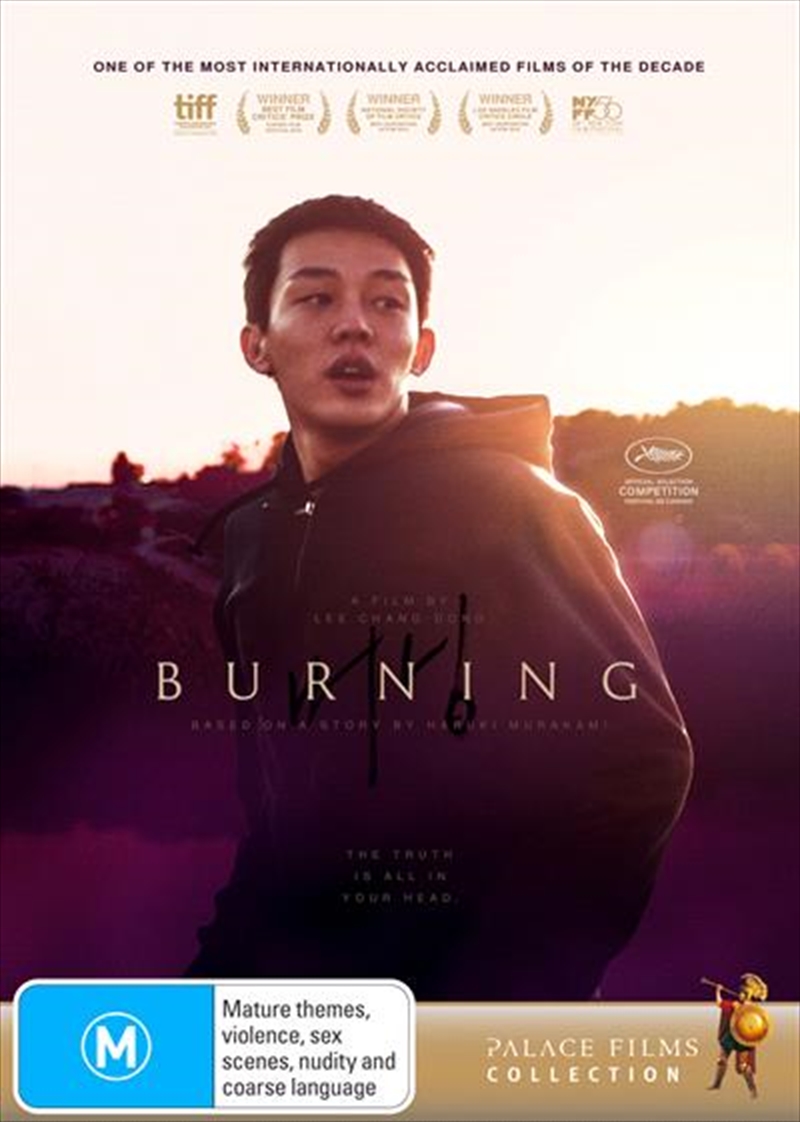 Shipping - See delivery options.
Postcode:
Quantity:
The truth is all in your head

Based on a story by Haruki Murakami, Korean master Lee Chang-dongs remarkable new thriller BURNING was the most acclaimed film of Cannes, setting a record for the highest-ever score achieved in the 18-year history of Screen Internationals prestigious critics poll. Novelistic in scope, grandeur and impact, and featuring three brilliant performances, its a gripping psychological study of thwarted love, ambition and obsession. Jong-su bumps into a girl who used to live in the same neighborhood as him, who asks him to look after her cat while on a trip to Africa. When back, she introduces Ben, a mysterious guy she met there, who confesses his secret hobby.