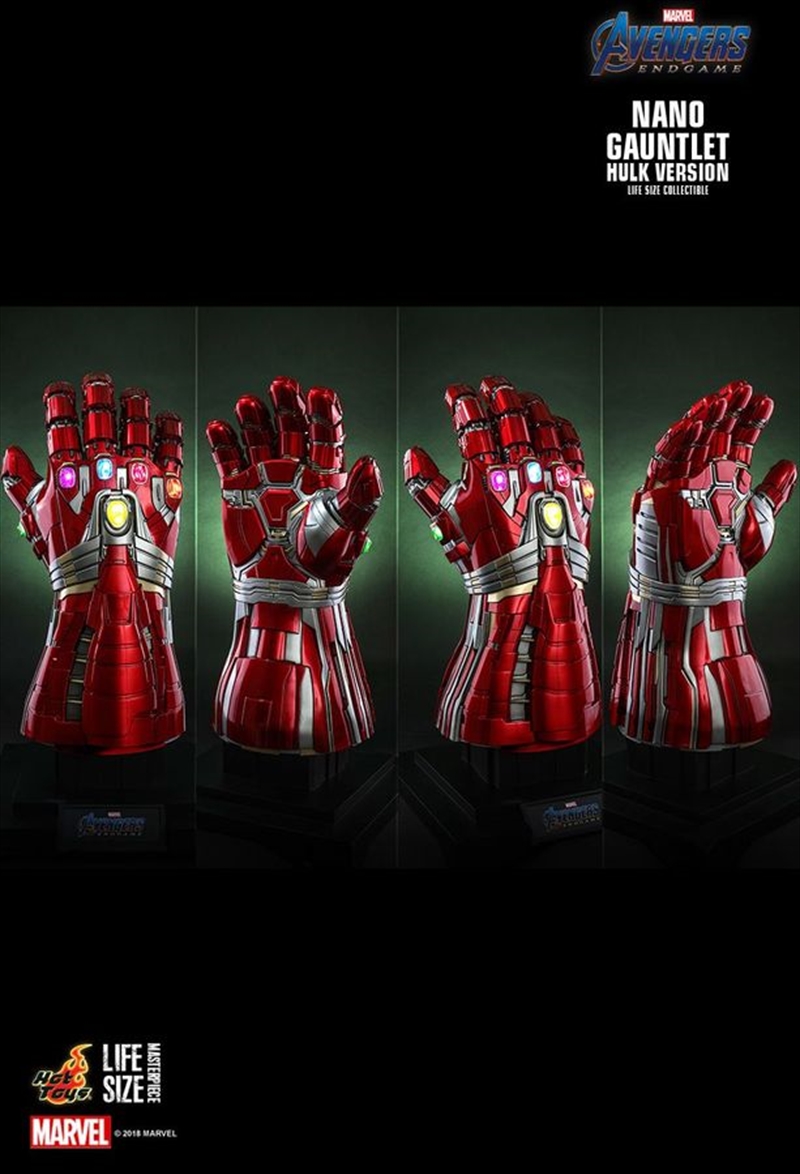 The Avengers has taken a final stand against Thanos in Marvel Studios’ Avengers: Endgame. In this long-awaited installment, the Earth’s Mightiest Heroes travelled back in time to retrieve the Infinity Stones and created a new Nano Gauntlet. Hoping to bring everything back into existence, Hulk has stepped up as the person who wields the Gauntlet to save the universe from this massive chaos.

Received numerous positive feedbacks after its debut at Avengers: Endgame exhibition powered by Hot Toys, we are excited to announce officially the Nano Gauntlet Life Size Collectible - Hulk Version based on the last installment of the Infinity Saga!

Inspired by the cinematic debut of Iron Man’s classic red and gold suit, the Nano Gauntlet life-sized collectible with ultimate durability and authenticity stands approximately 71cm overall in height features detailed painting application to present the sleek design of this essential armor, also six LED light-up Infinity Stones with two lighting modes for alternative display, and a custom base that keeps the gauntlet in an upright position.

This incredible Hulk version of Nano Gauntlet collectible will undoubtedly be the centerpiece to your Marvel Cinematic Universe collection!

*Collectible is not wearable