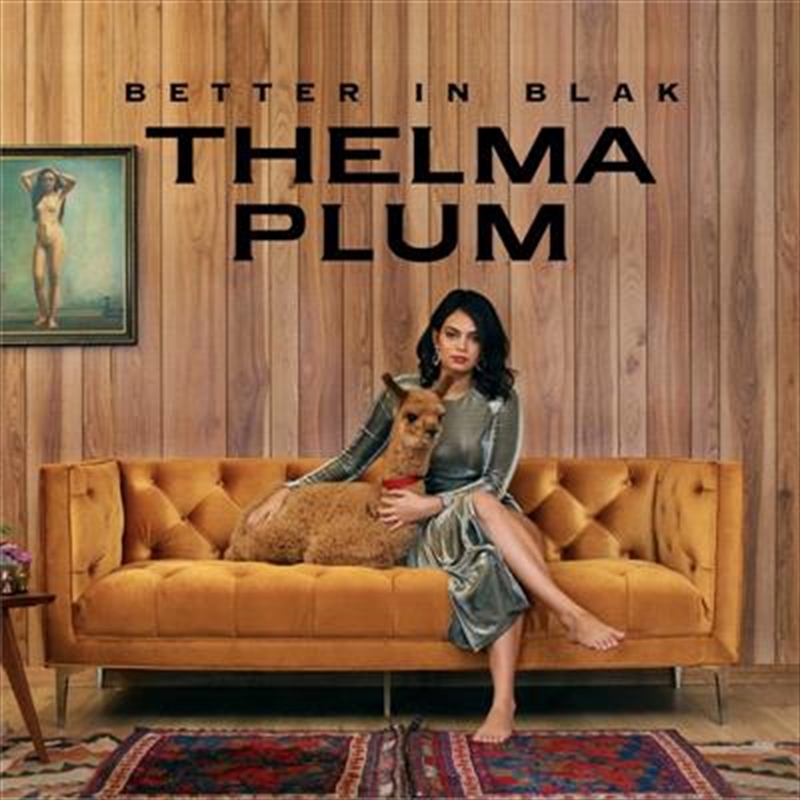 Having toured with Groovin The Moo and with appearances at Splendour In The Grass and a national tour in the works, Thelma Plum’s in for a massive year and this album will solidify her as one of the country’s brightest indie songwriting talents.

Review of Thelma Plum - Better In Blak by Thomas Bleach

Rising to the platform that she’s worked hard for, Thelma Plum is making sure her debut album ‘Better In Blak’ is a collection of hard-hitting and thought invoking moments. The proud Aboriginal singer-songwriter sees this moment as a full circle dream that was inspired by the likes of Shakaya and Jessica Mauboy who waved the Aboriginal flag in pop music before her. This twelve track record explores growing up in a country where she didn't feel represented in the media. The record is quite raw in it’s roots but she’s polished it up with an indie-pop and folk influenced production. Opening track ‘Clumsy Love’ is one Triple J fans are well acquainted with through it’s upbeat euphoric feeling layered with the reflection of her ups and downs of the past year. From there she gets a little darker and explores the mistreatment of Aboriginal youth on ‘Love And War’ with David Le’aupepe from Gang Of Youths, finds a rhythmic sway on ‘Don’t Let A Good Girl Down’ and reflects on her representation on ‘Homecoming Queen’. Fellow singles ‘Not Angry Anymore’ and title track ‘Better In Blak’ provide the bright festival vibes that will clearly be favourites in her live set. But it’s halfway through the record where she really delivers two of the strongest moments. ‘Woke Blokes’ is a song with a lot of power and energy. Addressing the hypocrisy of people who claim to be “woke” with politics and social issues but are covering up for their friends who have mistreated people in the past or present. She layers this serious matter with a sassy delivery. And then the hilariously tragic ‘Nick Cave’ is about the ups and downs of dating in the current social media world and recounts a time where a guy she had gone on a date with came to one of her gigs with another girl a week later. “I don't hate her, I hate you. It’s not her fault, this one’s on you. And if you don't love her, honestly, then let her know so it’s not on me”. The rest of the album is a mix of emotional folk ballads that lead up to her profolic closing track ‘Made For You’ which she wrote with Paul Kelly. The whole record embodies the different sides of her artistry in an honest and endearing way making this one of the most impressive debuts of the year.
See more from Thomas on his website
DETAILS

11. Do You Ever Get So Sad You Can't Breathe